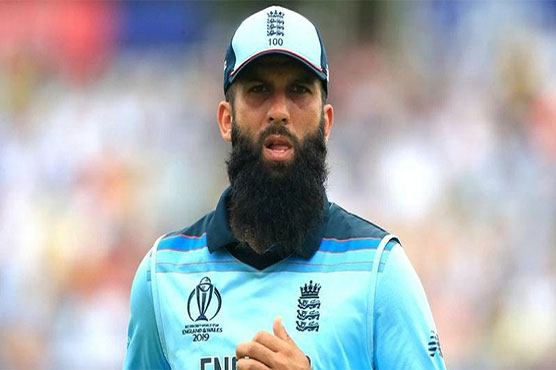 LONDON (AFP) – England all-rounder Moeen Ali called for a year s delay to the start of the new Hundred as officials met Wednesday to consider the fate of the controversial competition.

The England and Wales Cricket Board (ECB) have long insisted the new 100-balls-per-side format, to be played by eight franchises rather than English cricket s established 18 first-class counties, is vital in attracting a new audience to the game.

But with world cricket at a standstill due to the pandemic, Moeen fears that even if the Hundred does get the go-ahead, health and travel restrictions may make it impossible to bring in high-profile overseas stars.

“It is better for it to be delayed,” Moeen, set to captain the Birmingham Phoenix in the Hundred, said during a conference call on Wednesday.

“As players we want the Hundred played with all the best players around the world available to come and play so it makes more sense that way. It is probably going to be too much to squeeze in the last couple of months of the season.

“It would be hard work to squeeze in the Hundred as well. It is such a big deal for us in this country and we want it to be played when everything is right and there are no problems around the world.”

Last week, the ECB further delayed the start of the 2020 season until July 1 at the earliest.

It said the inaugural Hundred, meant to start in July, would be on the agenda for a meeting on Wednesday.

There is now an increasing acceptance that if the 2020 English season does get under way, matches will have to be played behind closed doors, which would prevent the Hundred achieving one of its stated aims of drawing fresh crowds to cricket.

The ECB had planned to use the enthusiasm generated by England s dramatic 2019 World Cup win as a springboard for promoting the game this year.

World Cup-winning squad member Moeen was asked if it would be harder to attract a new audience if the Hundred were held over until 2021.

“I m not sure,” he said. “The mood and wave cricket was on in England last year made it an amazing opportunity this year to play the Hundred, but obviously with what has happened around the world that is going to be harder now.”

The 32-year-old Worcestershire star added: “If we can get other international players who were not available this year to make the Hundred even stronger for next year through a mini-draft then we can attract a new audience to come and watch cricket.”

Federal budget in 1st week of June, to focus on mitigating people’s sufferings