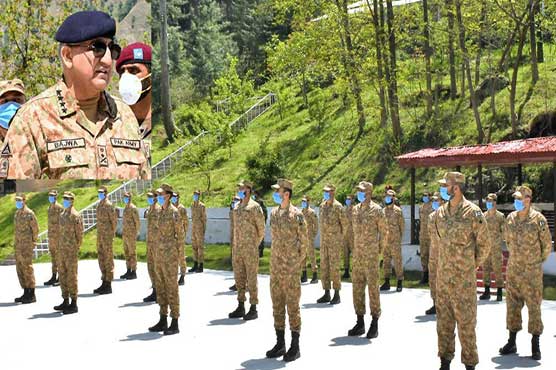 Indian provocations along LoC are threat to regional peace and stability: COAS

According to a statement issued by the Inter-Services Public Relations (ISPR), the COAS visited forward troops along Line of Control.

He said that blatant atrocities by Indian occupation forces on innocent Kashmiris and unethical targeting of civil population in Azad Jammu and Kashmir is unacceptable.

Gen Bajwa reiterated that Indian Army shall always get befitting response to ceasefire violations, adding that Pakistan Army shall protect innocent civilians along LOC and defend honour, dignity and territorial integrity of motherland at all costs.

Appreciating operational preparedness and high morale of troops, the Army Chief lauded officers and men for continued vigilance and professionalism.

Gen Qamar Javed Bajwa also appreciated the formation for strict adherence to COVID protocols and proactive assistance to govt of AJ&K in fighting Corona. He said Army will continue to support national efforts against the pandemic.