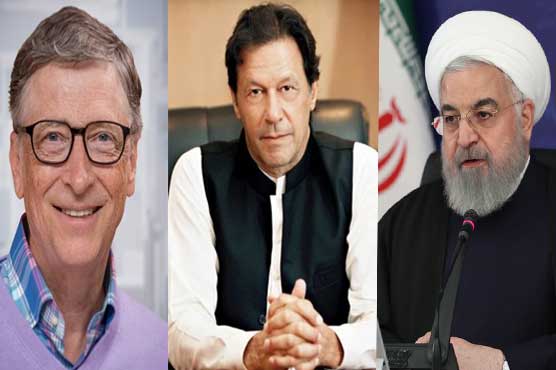 ISLAMABAD (City News) – Prime Minister Imran Khan on Wednesday spoke to the Iranian President Hassan Rouhani and Microsoft Founder and Co-chair of the Bill & Melinda Gates Foundation Bill Gates on phone and discussed the latest developments regarding the coronavirus crisis.

The communication took place in a telephone call made by Iranian President Hassan Rouhani to Prime Minister Imran Khan.

They also deliberated on locust situation in the border areas.

The Iranian President congratulated the prime minister on advent of the holy month of Ramazan.

On the other hand, PM Imran Khan had a telephonic conversation with Microsoft Founder and Co-chair of the Bill & Melinda Gates Foundation Bill Gates and discussed the latest developments regarding the coronavirus crisis.

During the telephonic conversation, the prime minister expressed appreciation for the support provided by the Gates Foundation and other international partners during this unprecedented crisis and emphasized the continued urgency of the situation.

Imran Khan emphasized that Pakistan was facing a dual challenge of overcoming the pandemic and saving people, particularly the most vulnerable segments of the population, from hunger due to lockdown.

The prime minister underlined that the government had put together a US$ 8 billion package to support the affected people and businesses.

Bill Gates said that COVID-19 is a global threat and lauded Pakistan s efforts in protecting the lives and livelihood of its people.

Indian provocations along LoC are threat to regional peace and stability: COAS