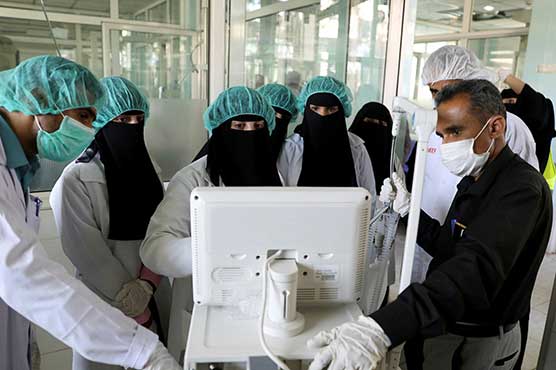 The United Nations has long seen Yemen, where war a conflict erupted in 2014, as the world s most acute humanitarian crisis, with millions suffering displacement and malnutrition, the “worst cholera outbreak in modern history” and a crumbling healthcare system.

So far, Yemen has been largely spared from the spread of coronavirus, reporting only a single case in early April in the southern government-controlled province of Hadramawt.

But on Wednesday five new cases were reported in the southern city of Aden, the internationally recognised government s interim capital, the committee monitoring the outbreak said in a Twitter post.

The separatist Southern Transitional Council (STC), which controls Aden, declared a total curfew for three days in the port city and other southern provinces starting midnight Wednesday to Thursday.

It also ordered malls to close and extended for two weeks the shutdown of restaurants and local markets.

That came after at least 21 people were killed in flash floods that submerged Aden s streets and destroyed homes.

The STC on Saturday declared self-rule in the south of the country, a move swiftly condemned by the government and rejected by the Saudi-led coalition.

The STC has little control outside Aden.

The conflict between Iran-allied Huthi rebels and pro-government troops escalated in March 2015, when a Saudi-led military coalition intervened against the rebels after they seized swathes of Yemen including the capital Sanaa.

Over the past six years, the conflict has killed tens of thousands of people, mostly civilians, relief agencies say.

The UN says more than 24 million Yemenis, more than two thirds of the population, need aid.

Millions of Yemenis have been displaced by fighting.

The UN said Tuesday that nearly one million of those displaced risk losing their shelter, and warned of a dire funding shortfall as the COVID-19 pandemic looms.

“The country is now also facing the overlapping threat of the coronavirus pandemic and the impact of recent torrential rain and flooding.”

Also on Tuesday, the World Health Organization warned of the impact coronavirus could have in Middle Eastern conflict zones, including Yemen and Syria.