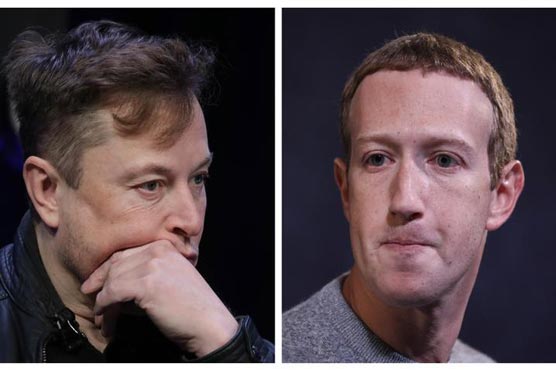 (Reuters) – Silicon Valley billionaires Elon Musk and Mark Zuckerberg offered dueling views on lockdown measures designed to slow the spread of the coronavirus on Wednesday, with Facebook’s Zuckerberg endorsing the measures while Tesla’s Musk condemned them as anti-democratic.

Musk, who has often made outspoken and even inflammatory comments on conference calls and on Twitter, said in comments to analysts on Tesla Inc’s (TSLA.O) earnings call that it was “fascist” to say people cannot leave their homes.

“This is not democratic, this is not freedom. Give people back their goddamn freedom,” Musk said.

Zuckerberg, on the other hand, in comments on Facebook’s (FB.O) own earnings calls, expressed concerns about easing lockdown measure and said the economic fallout from the pandemic would last longer than people are currently anticipating.

“I worry that reopening certain places too quickly before infection rates have been reduced to very minimal levels will almost guarantee future outbreaks and worse longer-term health and economic outcomes,” he said.

Both companies are based in the San Francisco Bay area, which was out front in trying to slow the virus’ spread, with the region’s seven counties issuing a joint shelter-in-place order before California issued a statewide order.

Electric carmaker Tesla and social media network Facebook have had different experiences under the lockdown. Tesla had initially resisted efforts by California authorities to shut its plant in the Bay Area under the lockdown, until agreeing on March 19 to suspend production. Even so, Tesla on Wednesday reported its third profitable quarter in a row.

Facebook, the world’s largest social network, on Wednesday said usage rose during the first quarter amid the widespread lockdowns, although ad revenue plunged in March.