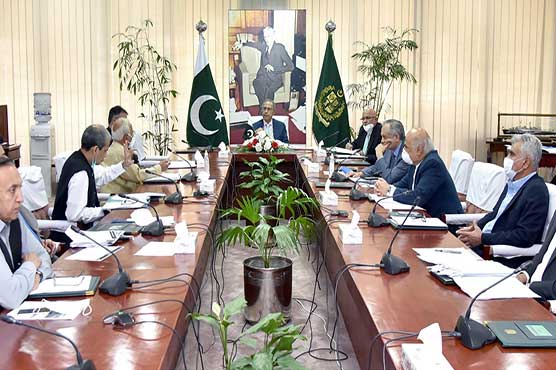 The meeting held in Islamabad with Adviser to the Prime Minister on Finance and Revenue Dr Abdul Hafeez Shaikh in the chair considered Diamer Bhasha Dam project and accorded in-principle approval to it. Under the project to be completed at a cost of 175.43 billion rupees, over 30,000 people being displaced from more than 4,000 households would be resettled.

The ECNEC has also approved four major development projects at a cost of Rs250 billion.

The meeting discussed a proposal for the construction of Lodhran-Multan Section of N-5 and construction of two flyovers at Railways Crossing at Lodhran Bypass and approved the project at cost of 12.434 billion rupees.

The project to be completed in five years would be rolled out in 11 less-developed districts of Punjab, including Bahawalnagar, Bahawalpur, Bhakkar, Dera Ghazi Khan, Khushab, Layyah, Lodhran, Mianwali, Muzaffargarh, Rahim Yar Khan and Rajanpur.

The ECNEC also approved Khyber Pakhtunkhwa Irrigated Agriculture Improvement Project at a cost of 30 billion rupees. The project to be completed in six years, would be rolled out in all 26 districts of the province