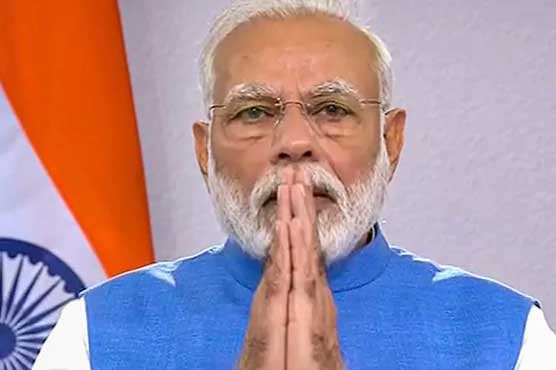 In a report released by the US Commission on International Religious Freedom, the US Commission has recommended the imposition of strict diplomatic sanctions on New Deli after India had been declared a dangerous country for minorities.

The commission has also recommended that diplomatic and administrative sanctions be imposed on the Indian government, institutions and officials, freeze assets of those involved in the denying religious freedom, and their entry to US must be banned.

The US Commission has recommended that financial and visa authorities be made bound for taking action against Indian personalities.

Following the recommendations of the US commission, sanctions are likely to be imposed on Indian Prime Minister Narendra Modi, Home Minister Amit Shah and Defense Minister Rajnath Singh, while ruling BJP, RSS and officials of the police could also face restrictions.

On Tuesday, the annual report of the United States Commission on International Religious Freedom has been released in which, for the first time, India has been declared a dangerous country for minorities while several positive developments have been acknowledged in the case of Pakistan.

According to the details, the annual report of the US Commission on religious freedom implicates India as being a dangerous country for minorities. India is included in the Countries of Particular Concern (CPC) list.

In its annual report, the US Commission strongly criticizes the controversial Indian Citizenship Bill, the Indian Supreme Court s decision regarding Babri Mosque and the revocation of the special status of Occupied Kashmir. The report advises the US Congress to continue hearings on the state of religious freedom in India.

On the other hand, the same report acknowledges several positive developments made in Pakistan. These include the opening of the Kartarpur corridor for Sikh pilgrims, the opening of Pakistan s first Sikh university, the reopening of a Hindu temple, Supreme Court rulings on blasphemy charges, action against publication of discriminatory material against minorities and the Pakistani government s measures to review educational material.

The report says that in 2019, India fell sharply with regard to religious freedom with rising number of attacks on minorities in the country.

The report further says that after winning a second term of government, the Bharatiya Janata Party (BJP) targeted Muslims and openly allowed violence against minorities and desecration of places of worship.

The Commission’s report also says that mob lynching in the name of cow killings has become a norm under the BJP government, adding that the Indian government is still committed to anti-minority policies.

The report recommends India to be placed on the list of countries of particular concern and banning those Indian officials who work against religious freedom. The setting up of a fund to monitor violence against minorities in India has also been recommended.

The report also says that the US embassy in India should strengthen ties with the minority communities and oppose anti-minority crimes in the nation.