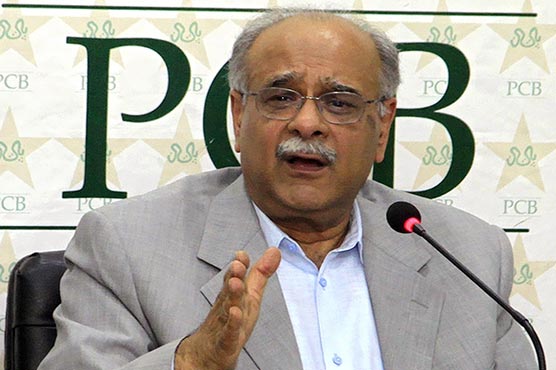 LAHORE (APP) – The former chairman Pakistan Cricket Board (PCB), Najam Sethi has termed imposing a three years ban on Umar Akmal justified in the back drop of test cricketers problem ridden past.

“If you look at Umar Akmal’s past, he was given several warnings during his time but he refused to show any change or amend his attitude and the punishment handed over to him in match fixing clean was justifiable,“ Sathi said on Thursday.

He suggested that Umar Akmal needs a psychiatrist treatment in order to overcome his never-ending cycle of problems.

”Despite being very talented Umar is not disciplined and in my opinion if he sits down with a psychiatrist and takes medical treatment, he might get in right frame of mind to become more discipline-oriented”, said the former Chairman, PCB.

“We had warned Akmal about this and even banned him earlier which is why I think the three-year ban is fair. He always played for himself and not the team,” said Sethi.

The former PCB Chairman recalled having to deal with the troubled batsman during his tenure and said that despite advising him to seek medical help for an epileptic fit he suffered in 2013’s tour of West Indies, but he refused.

“As soon as I joined PCB, the first big issue I faced was regarding Akmal. He suffered an epileptic fit during the tour of West Indies. When he returned home, I asked him to take a break from cricket and get medical treatment but he refused that and insisted on playing,” he said.

“He had both psychological and medical problems. He was asked numerous times to mend his ways but he did not listen and consequently resulted in a controversy after every two or three months,” added Sehti