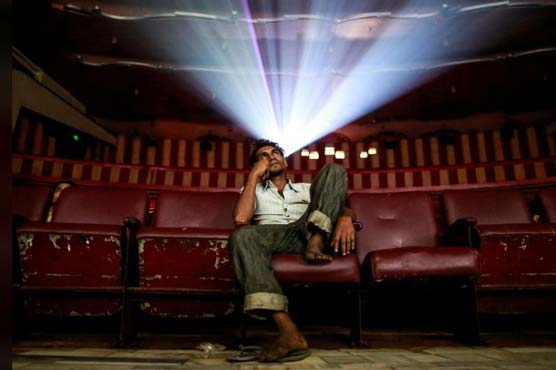 India has been under a strict lockdown since March 25 to battle the virus, leaving about 9,500 theatres shut and depriving Bollywood of box-office revenue.

So producers of seven films, including two Bollywood movies starring A-listers, such as Amitabh Bachchan and Vidya Balan, will stream the movies directly on Amazon Prime Video following a deal, the company said in a statement on Friday.

“Gulabo Sitabo”, a family comedy with Bachchan and Ayushmann Khurrana, which was set for release in April, will now stream directly on Amazon Prime Video in June, as will “Shakuntala Devi”, a biopic of the Indian mathematician of the same name.

Two of India’s biggest cinema chains, Inox and PVR, who were meant to screen “Gulabo Sitabo”, bemoaned the decision.
“INOX will be constrained to examine its options, and reserves all rights, including taking retributive measures, in dealing with such fair-weather friends,” Inox said in a statement.

The producers’ guild said the comments from Inox were “abrasive and unconstructive”.

PVR chief executive Kamal Gianchandani told the Indian Express on Thursday, after Amazon announced it would stream “Gulabo Sitabo”, that he was disappointed by the news.

The other five films in the Amazon deal are productions from the prolific, southern-language film industry.

Streaming platforms like Amazon and Netflix have in the past signed deals with Indian studios for digital rights, but mainstream releases have always prioritised theatrical revenues first.

In China, regulators aim to protect the industry by enforcing rules to stop movies premiering online, in particular by strictly managing “theatrical window period” requirements, a period for movies to be screened in cinemas before they can be shown elsewhere.

But analysts say the Amazon deal in India is likely the beginning of a broader trend, as lingering fears of coronavirus infection and lower discretionary spending keep people away from multiplexes and single-screen cinemas.

“There will be a reset in the way that producers and studios think about their portfolios,” Vijay Subramaniam, director and head, Content, Amazon Prime Video, India, told Reuters in an interview.

Subramaniam said Amazon, which competes in India with Netflix and Disney’s Hotstar, did not see acquisition costs going up for the streaming platform.

Bollywood is a huge draw for India’s burgeoning online audiences, who – driven by cheap data and smartphones – are spending more time watching content online than ever before.

Media reported that more producers in Bollywood and the southern-language industry were in talks with streaming platforms for direct-to-digital releases.

Last month, theatre owners in the southern state of Tamil Nadu threatened to boycott well-known actor Suriya over his decision to stream his film on a digital platform.

That film, “Ponmagal Vandhal” is part of the seven-film slate that Amazon announced on Friday.