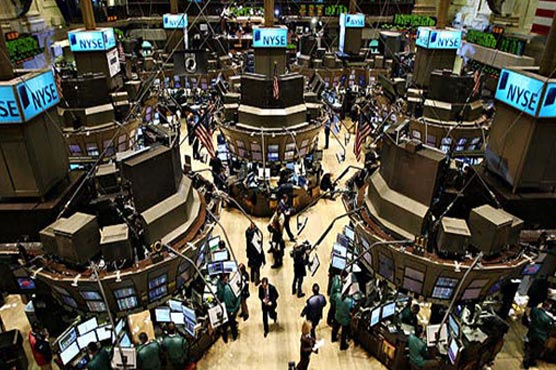 Asian markets mixed at end of a uneasy week

HONG KONG (AFP) – Most markets were mixed Friday, at the end of a tough week for global equities that have been wracked by worries over a second wave of infections, rising China-US tensions and uncertainty about how long any economic recovery will take.

A generally downbeat mood was compounded by another spike in US jobless claims and overshadowed news several countries were easing strict lockdown measures that have kept billions of people holed up at home, strangling the world economy.

Oil prices surged as the dark days of April, when WTI tanked below zero, become a bad memory as demand picks up with people returning to the roads and producers pushing ahead with massive output cuts.

Signs of a slowdown in infections and deaths around the world have allowed governments to lift some restrictions that have been in place for weeks, but with that comes the risk of renewed contagions.

Donald Trump’s top virus expert this week warned about the danger of reopening too early, which he said could derail any economic recovery — a view the president disagreed with.

The tycoon, who is running for a second term in November, also continued his spat with China — which he has singled out for its role in the pandemic — saying he did not want to engage with President Xi Jinping — potentially imperilling their trade deal.

“I’m very disappointed in China. I will tell you that right now,” he said in an interview with Fox Business. “There are many things we could do. We could do things. We could cut off the whole relationship.”

Trump has already hit out at China for the “plague” and threatened fresh tariffs on the country, sparking fears of a renewal of their painful trade war that hammered markets last year.

On top of that, the head of the Federal Reserve this week warned of a “highly uncertain” outlook for the world’s top economy. Data Thursday showed nearly three million more people applied for unemployment benefits last week, pushing the total since shutdowns began in mid-March to 36.5 million.

“A common theme this week has been concern about the rise in the infection rates when governments unwind their lockdown restrictions. Germany and South Korea have taken steps to recommence certain parts of their economies, but it has come at a cost,” said CMC Market analyst David Madden.

“Traders are fearful that this trend will be seen in other countries that have eased restrictions, too. Policymakers now have a new challenge on their hands — how will they reopen portions of the economy without sparking a second wave of the Covid-19 crisis?”

Meanwhile, the Asian Development Bank warned the crisis could cost the global economy up to $8.8 trillion, which amounts to almost a tenth of global output, though it did say government interventions could help offset the losses.

Manila sank two percent as the country braces for Typhoon Vongfong, which has forced tens of thousands to cram into evacuation shelters while trying to follow social distance protocols.

But Tokyo ended 0.6 percent higher, while Sydney jumped more than one percent with Seoul, Taipei and Bangkok also in the green.

In early trade, London, Paris and Frankfurt all climbed more than one percent.

Crude jumped as much as four percent to put both contracts on course for a third week of gains on optimism for demand as people slowly emerge from lockdowns and output is slashed.

“Market sentiment has turned cautiously constructive since the end of April and I expect it to remain as such unless there are major setbacks in terms of infection rates,” Vandana Hari, of Vanda Insights, said.

However she added that expectations over demand will stay “fragile with a nervous eye on how economies fare in reopening”.