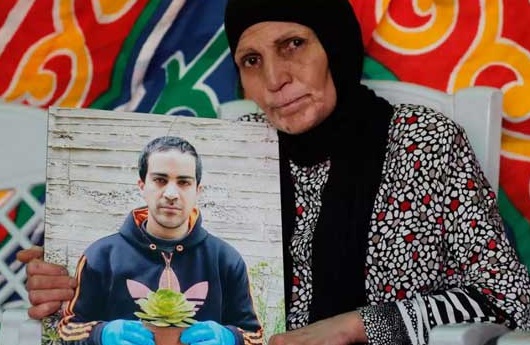 Police
JERUSALEM (AFP) – Iyad Hallak, a 32-year-old Palestinian man with autism, passed Israeli police every day to reach his special needs school in Jerusalem’s Old City.
Last week a police officer who believed Hallak was armed shot him dead, leaving his family searching for answers and igniting widespread grief and anger.
Thousands of mourners massed for Hallak’s funeral while the social media hashtag #PalestinianLivesMatter echoed the fury being seen at mass protests against police violence and racism in the United States.
Hallak, brown-haired, well-built and with broad shoulders, cut an imposing figure but had the mental age of an eight-year-old, according to his bereaved family.
A polite man, according to his uncle Oussama, Hallak was an enthusiastic amateur gardener and adored his school.
Early on Saturday morning in the Wadi el-Joz neighbourhood of occupied East Jerusalem, he sipped tea made by his mother Rana before heading out.
The family home is just a 10-minute walk from the Old City, and until recently Rana had usually accompanied her son to school.
“I kept a close eye on where he was, we were in touch on WhatsApp,” she said, now wearing a black mourning veil, her hands trembling as she spoke.

On Saturday morning, he walked with his teacher towards the Elwyn Al-Quds school, close to the Al-Aqsa mosque compound, which he has attended for the past six years.
But when he stepped through the stone arches of the Old City’s historic Lions’ Gate, police became suspicious when he reached for his phone in his pocket.
Officers say they believed Hallak was carrying a weapon, given that attacks against Israeli forces are relatively common, and ordered him to stop. But Hallak seemed to panic.
A police spokesman told AFP that “police units on patrol there spotted a suspect with a suspicious object that looked like a pistol.
“They called upon him to stop and began to chase after him on foot. During the chase officers also opened fire at the suspect, who was neutralised.”
The man’s father, Kheiri, told AFP that “his teacher told police that he was disabled and asked them to check his identity, but they kept their distance and … fired at Iyad”.
Their son was killed by two gunshots, according to the family who recovered his body on Sunday after the autopsy.
The parents, who also have two daughters, now want answers about the death of their son, who for years had crossed their path peacefully.

Police have launched an investigation while the main suspect, a recent recruit, has argued he “thought he was in real danger” according to his lawyer.
Hallak’s relatives are demanding to see footage of the killing, well aware that the Old City is covered extensively by CCTV surveillance cameras.
“Each pillar has three cameras. If a mosquito passes, they know that it passed. Why don’t they release the images?” asked Hallak’s father, tears welling up in his green eyes.
The images could prove as explosive as those showing the police killing of George Floyd, an unarmed black man killed by police in the US city of Minneapolis, whose death has sparked protests nationwide and beyond against racism and police violence.
Thousands of people took to the streets for Hallak’s funeral late Sunday in East Jerusalem, which was occupied by Israel in the 1967 Six-Day War and later annexed.
In Jerusalem, Hallak’s case is about “occupation, not racial discrimination,” the head of the Arab-Israeli Joint List, Ayman Odeh, told AFP.

As Palestinian leaders are barred by Israel from travelling to Jerusalem, only politicians from the Arab List were seen at the mourning tents at the end of the family’s narrow street.

Bottles of hand sanitiser were placed on tables to protect mourners from COVID-19, the illness which at its peak prompted the closure of Hallak’s beloved school.

“The martyrdom of Iyad will only increase the level of the people’s anger,” said Odeh.

Israeli Defence Minister Benny Gantz has offered his condolences to the family and pushed for the incident to be “investigated swiftly”.

Palestinian president Mahmoud Abbas labelled the killing a “war crime” while the Islamist movement Hamas warned of a new intifada or uprising.

The coming weeks were already expected to be tense, as the Israeli government could take steps as soon as July 1 to annex parts of the occupied West Bank.

The move forms part of a peace plan unveiled in January by US President Donald Trump which has been strongly rejected by the Palestinians.

Planned protests will now have the death of Iyad “at their heart”, a Joint List representative said.

But demonstrations will not bring Hallak back to his mother, who clutched a photo of him as if she were embracing her son himself.