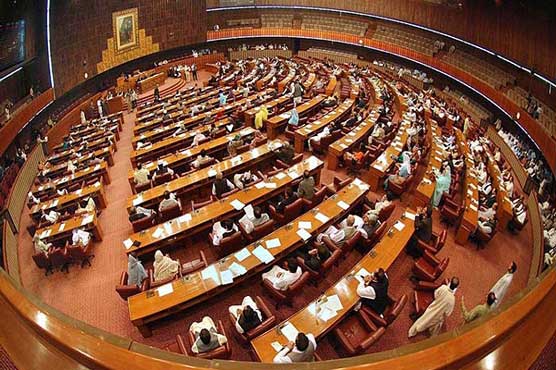 Over 35,000 stranded Pakistanis have so far been brought back, NA informed

ISLAMABAD(city news) – The National Assembly was informed today [Monday] that over thirty five thousand stranded Pakistanis have so far been brought back to the country from different parts of the world.

Speaking in the National Assembly today, Minister for Communication Murad Saeed pointed out that there are over 1, 22000 overseas Pakistanis who want to return to the country.

He said 73 dead bodies from UAE and 46 from Saudi Arabia have also been brought back to the country.

A motion was moved in National Assembly today expressing gratitude to the President for his address to the joint sitting of the Parliament last year.

It was moved by Advisor on Parliamentary Affairs Baber Awan.

The Advisor on Parliamentary Affairs also laid before the House the Annual Reports 2019, for the Election Commission of Pakistan.

These were presented by Parliamentary Secretary for Finance Zain Qureshi.

The Parliamentary Secretary also laid before the House, The Pakistan Single Window Bill, 2020