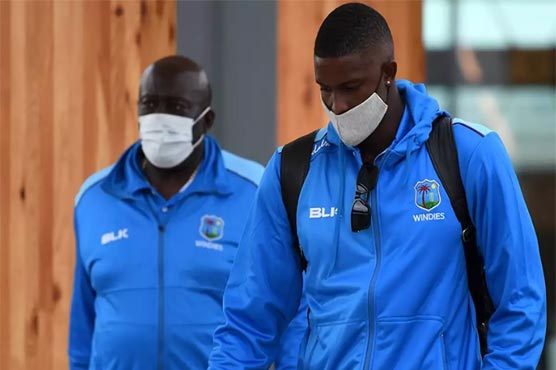 West Indies arrive in England ahead of three-Test tour

Every member of the 39-strong touring party, including 25 players, tested negative for the coronavirus before they set off on a charter flight to Manchester airport.

They were each due to be tested again at their new base at Old Trafford, where they will live and train in a “bio-secure” environment for most of their seven-week stay.

Windies’ arrival in England a boost for cricket