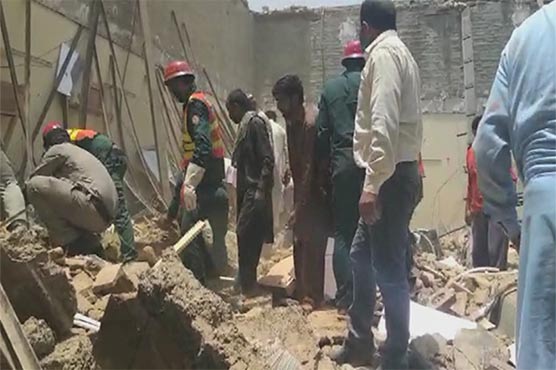 According to details, a large number of people were present in NADRA office when roof collapsed and 16 people got stuck under the rubble. Rescue teams reached the spot of the incident and evacuated 10 injured who were later shifted to hospital for medical treatment.

Meanwhile, police and rescue teams are still working to evacuate other injured from the rubble of the collapsed roof.