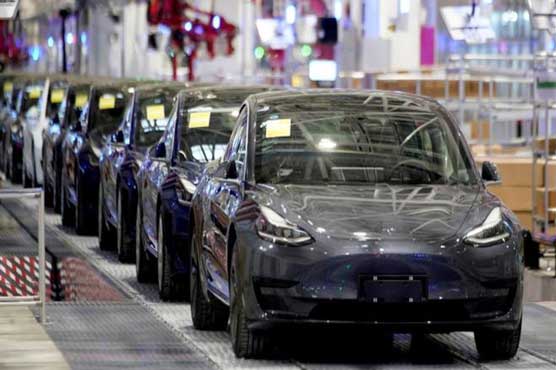 BEIJING (Web Desk) – A Chinese car battery-maker says it is ready to manufacture a product capable of powering a vehicle for 1.2 million miles (two million kilometres) across the course of a 16-year lifespan.

By contrast, most automakers only offer warranties ranging from 60,000 to 150,000 miles over a three to eight-year period on their cars’ batteries.

Contemporary Amperex Technology has not revealed who it intends to supply. But it was previously reported that the battery was co-developed with Tesla.

The latest news was revealed in an interview Catl’s chairman gave to the Bloomberg news agency. “If someone places an order, we are ready to produce,” it quoted Zeng Yuqun as saying. He added that it was set, however, to cost a 10% premium over the batteries it already supplies.

The company signed a two-year deal to supply batteries for Tesla’s Model 3 cars in February. Its other clients include BMW, Daimler, Honda, Toyota, Volkswagen and Volvo.

The European market for EVs and plug-in hybrids grew by 72% in the first three months of the year compared to the same period in 2019, representing 7% of all delivered new cars, according to research firm Canalys.

By contrast, the pandemic weighed on the wider market, which as a whole saw deliveries down by 26% for the quarter.
The firm said that Catl’s claim was “significant but difficult to verify”.

“It is likely to be used as a differentiator by some car-makers when there is a significant difference from one vehicle to another – dramatically affecting resale value,” said Canalys’s chief automotive analyst Chris Jones.

He added that this and other factors – including the wider availability of charging points and longer driving ranges – should help tempt more motorists to make the switch to an electric car.