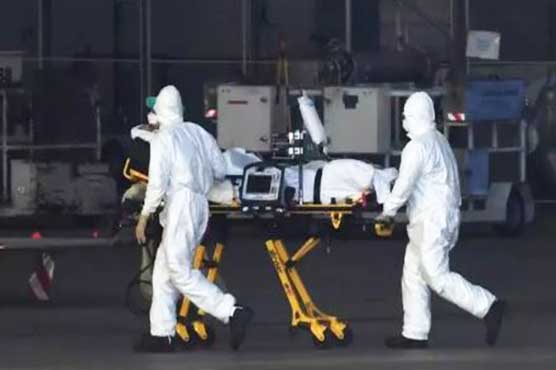 US records more than 800 virus deaths in 24 hours: Johns Hopkins

WASHINGTON (AFP) – The coronavirus pandemic killed 819 people in the United States in the past 24 hours, according to figures released Tuesday by Johns Hopkins University.

The United States is the country hardest hit by the pandemic in terms of both the number of fatalities and number of cases.

For the past two weeks, the daily number of fatalities has dipped below 1,000 multiple times, after reaching a high of more than 3,000 dead in 24 hours in mid-April.

But the increase in the number of cases has stubbornly remained at about 20,000 a day, with the country on a seemingly unending plateau.

While the East Coast states of New York, New Jersey and Massachusetts accounted for about 50 percent of all cases until approximately a month ago, the geographic footprint of the US epidemic has now shifted to the country’s Midwest, south and west.

According to researchers at the University of Massachusetts, which takes an average forecast from eleven different models, the coronavirus death toll will be around 130,000 by July 4.