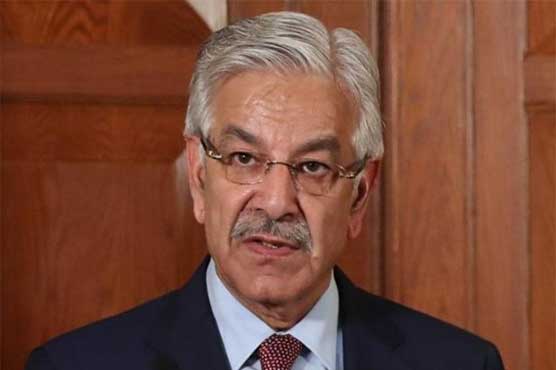 ISLAMABAD (city News) – Pakistan Muslim League-Nawaz (PML-N) senior leader Khawaja Asif on Thursday has advised the federal government to better focus on saving the lives of people from deadly coronavirus instead of doing politics on this matter.

Speaking in National Assembly (NA), Khawaja Asif said that there is a contradiction in the statements of Prime Minister (PM) Imran Khan regarding coronavirus issue. There is no one who can explain his statements, he added.

The PML-N leader further criticized the government over failed policies to prevent spread of the virus.

“Do not play politics of vote (over coronaviurs). World Health Organization (WHO) has said that our surveillance is weak, we are not tracking patients correctly — not on an individual or on a government level,” he went on to say.

Khawaja Asif told that Pakistan is among 10 countries with the highest reporting rates and the trajectory is sadly showing that we are going up to number three or four.

Hospitals in Islamabad are not admitting patients over the age of 60 because they think saving them is difficult, he asserted.