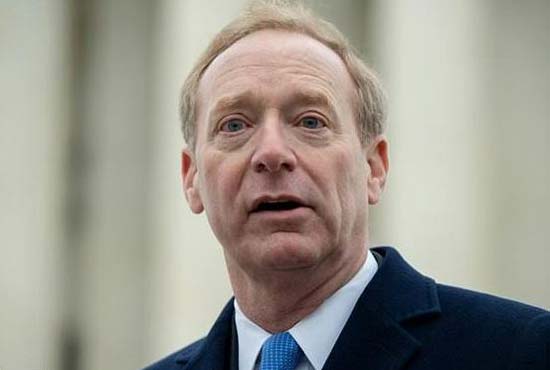 WASHINGTON (AFP) – Microsoft on Thursday joined its Big Tech rivals in announcing it would bar law enforcement from using its facial recognition tools in the absence of government regulations.

Microsoft president Brad Smith told a Washington Post event that the company has not sold its technology to police in the United States, and would maintain that policy until there are laws in place “grounded in human rights.”

The comments follow similar moves by Amazon and IBM and come as activists press tech firms to curb deployment of tech tools that may be used to discriminate against minorities.

“We will not sell facial-recognition technology to police departments in the United States until we have a national law in place, grounded in human rights, that will govern this technology,” Smith told the event.

“The bottom line for us is to protect the human rights of people as this technology is deployed.”

Microsoft in 2018 announced it would implement a series of principles before deploying facial recognition technology, including “fairness,” nondiscrimination and lawful surveillance.

The moves by tech firms come amid widespread protests over police brutality and concerns that facial recognition technology is flawed, especially in analyzing features of African-Americans.

Activists also say the technology tools may use algorithms which discriminate, intentionally or not, against blacks.