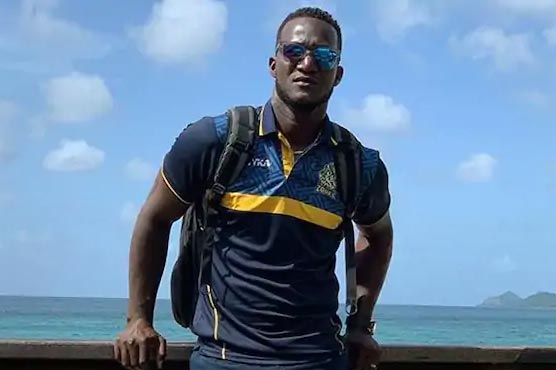 NEW DELHI (AFP) – Former West Indies captain Daren Sammy said black athletes should not have to shrug off degrading words as “banter” after he discovered his nickname in the Indian Premier League had racial connotations.

Earlier this week, Sammy demanded an apology from his Sunrisers Hyderabad teammates who called him ‘kalu’ (‘black man’ in Hindi) in the Twenty20 tournament in 2013 and 2014.

Sammy has dropped the idea of an apology, after hearing that the word can be used as a friendly nickname as well as an insult.

But he said “it doesn’t take away the fact that certain words that are being used could come across as degrading because of the colour of your skin”.

“Why must my people endure 400 years of slavery and still have to adapt? Why is it always the people of colour that have to adapt to oppression?” Sammy told ESPNcricinfo.

“Why can’t the other side change and see us differently? And just not do it. So, no, you cannot use something that is degrading to the colour of my skin and tell me to take it as banter.”

Cricketers have joined other top athletes in backing the Black Lives Matter campaign after the death of the 46-year-old African-American George Floyd in police custody in Minneapolis.

Sammy urged the International Cricket Council to raise awareness of the fight against racism, giving it the same attention as its anti-corruption drive.

“We have always had the anti-racism in the code of conduct of the ICC. You hear it every time it has been recited,” said Sammy.

“But to make it a subject of discussion — like match-fixing and all these things are a subject that is given special attention.”

ICC said it will take a “common-sense approach” to on-field protests over the killing of Floyd when international cricket resumes next month in England.

“Just like George Floyd been murdered and the world witnessed it and the uprising and the movement that it has caused is the bigger picture,” Sammy said.

“Right now people of colour, the minorities, feel for once they could say something and be heard.”

Would have been happier if Younis was appointed for longer-term: Inzamam