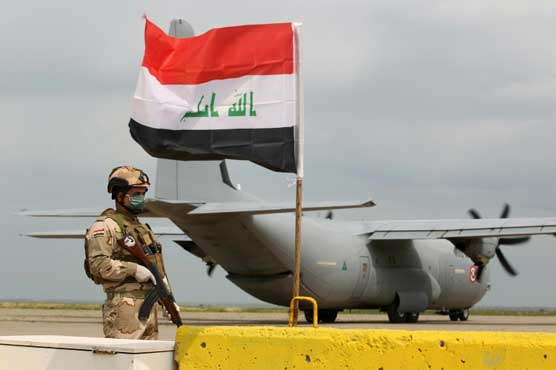 US to reduce troops in Iraq ‘over coming months’

(AFP) – The United States promised Thursday to reduce troops from Iraq over the coming months after talks with Baghdad, where lawmakers have pushed for their withdrawal.

“The two countries recognized that in light of significant progress towards eliminating the ISIS threat, over the coming months the US would continue reducing forces from Iraq,” a joint statement said, without giving figures.

“The United States reiterated that it does not seek nor request permanent bases or a permanent military presence in Iraq,” it said.

Iraq, in turn, promised to protect bases housing US troops after a series of rocket attacks blamed on pro-Iranian paramilitary groups.

The two countries on Thursday held their first strategic dialogue in more than a decade, months after Iraqi lawmakers demanded that US forces withdraw in the wake of a US drone strike in Baghdad which killed a top general from neighboring Iran.

Relations have since stabilized under a new US-friendly Iraqi prime minister, Mustafa Kadhemi, and the dialogue was held virtually due to coronavirus precautions.