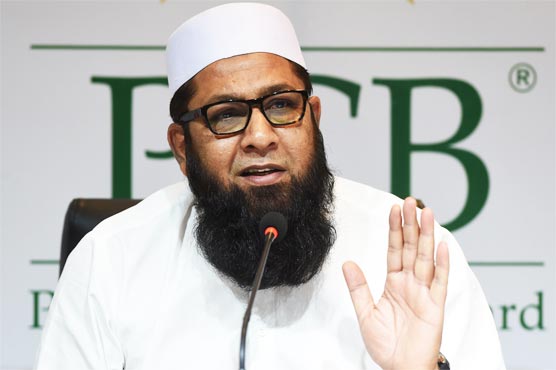 Would have been happier if Younis was appointed for longer-term: Inzamam

ISLAMABAD (APP) – Former skipper Inzamam ul Haq would have felt happier if Younis Khan had been appointed as Pakistan’s batting coach for a longer-term.

“Younis is the only Pakistani batsman to reach the 10,000 runs benchmark in Tests. It is a good step to bring him in for the England tour, but I had felt happier if he was appointed for a longer basis. His experience will prove vital for Pakistan cricket and our youngsters will get a chance to learn a lot from him as he has played with many present players,” he said in a video on his YouTube channel.

He said coaching was a temperament thing as sometimes you don’t get the desired results and you have to control your sentiments. “It will be a good experience for Younis as well. A coach’s pat on the back when you have gone through a bad time is something great,” he said.

Inzamam said Pakistan’s domestic cricket should to be strengthened, and the gap between the international and first-class needs to be filled.

“The recent appointments made by the Pakistan Cricket Board (PCB) are commendable. We need the same type of coaches at domestic level. If our base will be strong then our top will definably be strong,” he said.

Inzamam, who was appointed as a batting consultant to Pakistan’s team in December 2012, was of the view that PCB’s recent appointments including Younis Khan (batting coach), Mushtaq Ahmed (spin bowling coach & mentor) and Saqlain Mushtaq (PCB Head of Player Development) were a good omen for Pakistan cricket.

“I think the board will also be thinking in this direction (domestic cricket). In the whole world there is no gap between the international and domestic cricket. But in Pakistan this gap needs to be filled as there is plentiful of talent in the country,” he said.

On the appointment of Saqlain and Mustaq, Inzamam, who was appointed the chief selector of the Pakistan team in April 2016, said cricketers who have worked with other countries teams as well were assets to the country.

“Board has made a good decision for bringing Saqlain. He has worked with teams of England and Bangladesh. He was part of the English team which won the 2019 Cricket World Cup,” he said.

Inzamam, who scored 8,830 and 11,739 runs in 120 Tests and 378 ODIs, respectively, said the credit for bringing off-spin bowling back to life goes to Saqlain when he invented ‘Doosra’. “Our cricket will benefit a lot from his experience,” he said.

“We have got a very experienced staff in the likes of Misbah ul Haq (Head coach & chief selector), Waqar Younis (bowling coach), Younis and Mushtaq. The team will benefit a lot and the performance will also be improved,” he said.

I’ve been tested and unfortunately am COVID positive: Shahid Afridi