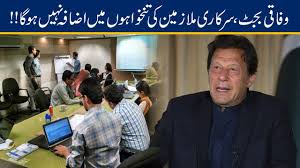 LAHORE ( city News) – Pakistan Tehreek-e-Insaf government has unveiled its second annual budget in the National Assembly on Friday as the country battles the coronavirus pandemic.

Here is a list of items what will see a price change due to change in taxes/ duties imposed by the government.

According to details, the government has announced that Federal Excise Duty (FED) on imported cigarettes and tobacco is being increased from 65 percent to 100 percent, while e-cigarettes and other substitutes of tobacco have also been included in this list.

To discourage consumption of caffeine based energy drinks, government has increased FED from 13 percent to 25 percent.

Hammad Azhar said under Sections 231P and 234, advanced tax will not be collected on auto rickshaw, motorcycle rickshaw and motorcycle upto 200 cc.

According to the budget documents, additional customs duty on items with zero percent customs duty has been abolished to increase industrial production.

The budget has also proposed for the abolition of duties on 61 products related to COVID-19.

Hammad Azhar said that now, people will have to show their CNICs while making a purchase of over Rs100,000. Earlier, this was applicable on Rs50,000 purchase.

The government has also proposed lowering sales tax — from 14pc to 12pc — for retailers with registered point of sales (POS) systems. It is suggested to submit quarterly instead of monthly holding statement.

The construction sector has been granted status of an industry and builders have been given relaxation in withholding tax so that affordable housing can be provided to the people.

Besides this, no builder will be asked about his source of income and 90% tax on construction of affordable housing has been abolished.

The government has reduced the federal excise duty on cement from Rs2 to Rs1.75 per kilogramme.

Factory owners have been exempted from tax on discarded goods. Customs duty on baby milk and nutrition products was also abolished.

On the other hand, the 2% duty exemption on edible oil and ghee will remain in force till September 30.