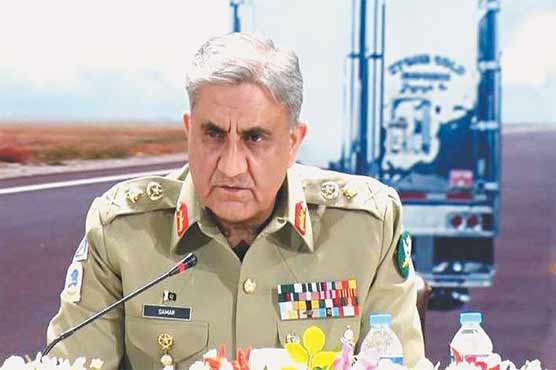 According to a statement issued by the Inter-Services Public Relations (ISPR), the COAS said that the services of the legendry artist for Pakistan will always be remembered. May Allah bless the departed soul in eternal peace and give strength to the bereaved family, Aameen

DG ISPR
✔
@OfficialDGISPR
#COAS expresses grief on demise of legendary broadcaster & outstanding Artist #Tariq Aziz.
“His services for Pakistan will always be remembered. May Allah bless the departed soul in eternal peace and give strength to the bereaved family, Aameen.” COAS

5,929
7:49 PM – Jun 17, 2020
Twitter Ads info and privacy
1,470 people are talking about this
Earlier today, the legendary and versatile Television compere and actor-politician breathed his last after a brief illness. Tariq Aziz , 84, was PTV’s first male broadcaster and attained popularity from its game show Neelam Ghar, aired for several decades and later attributed to him and renamed as Tariq Aziz Show.

He also served in radio programmes,TV dramas and starred in different films as leading actor. Tariq Aziz was twice elected as Member National Assembly in 1997 and 1999. He was also known for his charity work for the destitute and poor.

The government of Pakistan had conferred him Pride of Performance award for his excellent services in 1992.

The President, prime minister and information minister in their condolence messages paid tribute to the services of Tariq Aziz terming it a great loss for Pakistan.

Tributes started pouring in on social media soon the news of his demise was aired by news channels from across the country. His charismatic voice would remain echoing for long in the ears of grieved fans and lovers.