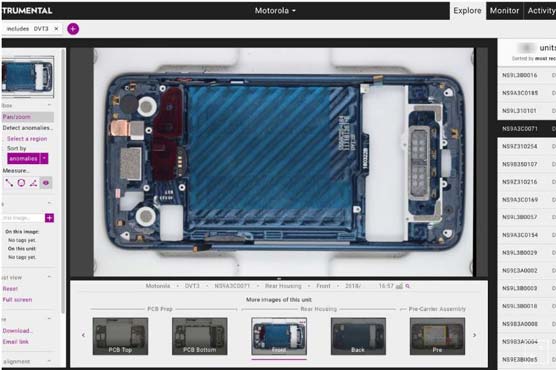 CHICAGO (Reuters) – For the past seven years, a Munich-based firm called riskmethods has tried to interest companies in buying software that allows them to track all their suppliers in a way that minimizes risks in operating globally spread supply chains.

Until recently, that has been a tough sell.

But in the wake of mass disruption caused by the coronavirus pandemic, riskmethods’ subscribers have increased by 20%, and requests for trials of its risk-intelligence services in the current quarter have surged by more than 200% from a year ago.

With pandemic-induced lockdowns cutting off supplies of critical raw materials and components, and social distancing guidelines increasing the cost of manual labor, business is booming at companies like riskmethods that offer digital tools to help map out supply-chain risks, run factories and even forecast demand.

In modern multi-tier supply chains, production processes are often spread across dozens of firms operating in multiple countries in a bid to maximize economic efficiency. A study in 2014 found that Japan’s Toyota Motor Corp employed 2,192 suppliers in its production process.

As many companies discovered during the initial wave of lockdowns, any break in this complex and elongated supply chain can cause production interruptions. Still smarting under the shock, they are now scrambling for tools to protect operations from future disruptions.

In the aftermath of the outbreak, riskmethods launched an application that was focused on providing intelligence about the contagion’s impact on supply chains.

The response from companies and even suppliers to the application was “overwhelming,” said Bill DeMartino, chief customer officer at riskmethods, adding that the pandemic has rendered investments in supply-chain risk management a “mainstream requirement.”

Similarly, Instrumental Inc – a digital startup in California – is fielding a threefold jump in inquiries from electronics manufacturers for its artificial-intelligence platform that enables companies to maintain control of production processes at distant and offshore locations without sending engineers on site.

“They are not looking for a solution nine months from now,” said Anna-Katrina Shedletsky, chief executive and founder of Instrumental, referring to manufacturers contacting her company. “They want something next week.”

A survey by PricewaterhouseCoopers of chief financial officers at U.S.-based companies last month showed more companies are planning to use automation in the supply chain in response to COVID-19.

Orders at Minneapolis-based Hartfiel Automation, which distributes robots and automation hardware, are up 20% within the past two weeks, and inquiries are up 40%, said CEO Myron Moser. The orders and inquiries are mostly from businesses that were shut down at the height of the pandemic, he said.

Automation could put more pressure on millions who lost jobs to the pandemic. At the same time, riskmethods has bolstered its overall team by nearly 33% globally this year. It plans to increase headcount by another 12% before the fall. Instrumental, which had 30 employees as of February, wants to expand its workforce by 25%.

Before the pandemic, many companies tended to have limited visibility of all but their top suppliers, and the process of tracking them was mostly manual.

Now, some companies are deploying vibration sensors in the factories of their critical suppliers to track if they are running or not, said Justin Rose, managing director at Boston Consulting Group.

At Vermeer Corp, an Iowa-based equipment manufacturer, the virus’ spread from China to Europe and then the United States and Mexico left the company’s managers uncertain whether factories could operate from one day to the next.
Chief Executive Jason Andringa said his team has been working the phones for the past four months to track down potential broken links in the supply chain.

“It has been a daily and hourly thing that we have been worried about,” he said.

The cloud technology units of companies such as International Business Machines Corp, Microsoft Corp and SAP SE are seizing the moment, as are a new breed of service companies like riskmethods.

The applications sold by riskmethods provide early warning signals of potential supplier disruptions like mass factory shutdowns, force majeure and bankruptcy to clients such as AGCO Corp, Cummins Inc and Douglas Dynamics Inc. They also help clients monitor the operations of their customers.