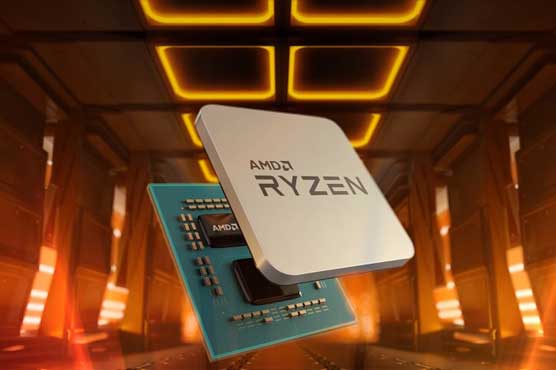 (Web Desk) – AMD has announced three new models in its Ryzen 3000 series of desktop CPUs that will go on sale next month. Based on the same 7nm Zen 2 architecture as the rest of the series, these new XT models aim to offer a modest performance boost at the same launch prices as the their X counterparts.

If these changes seem underwhelming, that’s mostly because they are. It’s likely they are just the result of a binning process or better yields as the manufacturing process matures. It’s possible that these parts are a bit more efficient or can be overclocked a bit higher, but I haven’t yet seen any testing to support that.

AMD made a special note regarding the cooling of these chips. Like the 3600X, the 3600XT comes with the Wraith Spire cooler. However, the 3800XT and the 3900XT do not come with a cooler in the box, unlike their X counterpart. AMD’s rationale is that these parts have been designed specifically for enthusiasts who tend to use aftermarket cooling solutions. The company also recommends using 280mm AIO coolers to “experience these products at their best”. This despite there being no increase in the TDP of any of these models over their X version.

The cooling suggestion is likely to ensure you even see any difference at all compared to their X version. It is a known fact now that Ryzen processors are quite sensitive to cooling and can rapidly alter their frequency based on small variations in temperature. If you don’t use some exotic cooling solution with these chips, it’s quite likely they won’t even reach that extra 100MHz over their X counterparts, making this whole exercise rather pointless.

The new XT models are being launched at the same price as what the X models did when they launched last year. The X models, meanwhile, have been selling for a bit less since launch and should also get an official price cut at some point.
Apart from all this, AMD has now started sales of its B550 based motherboards. The company also announced its upcoming A520 chipset, which will be the successor to the A320 line and will offer an affordable but rather basic entry point into the Ryzen series. Both the B550 and A520 will support 3000 series and above. A520 motherboards will be available in August from ASRock, ASUS, Biostar, Colorful, GIGABYTE, and MSI, among others.

ISLAMABAD (City News) – The wife of Justice Qazi Faez Isa on Thursday recorded her statement via video-link before Supreme Court of Pakistan and presented record of her properties. Justice Faez’s wife, during her statement before Supreme Court, said that she bought her first property in London in 2004 and her passport was accepted for the purchase of property in United Kingdom. She told the court that her agricultural land, which she inherited from her father and does not belong to the husband, is in district Jacobabad, She added that authorities know about her land as government issued her a tax certificate after submission of statement of assets. Justice Faez’s wife further said that her tax record was transferred from Karachi to Islamabad and Federal Board of Revenue (FBR) failed to provide any answer when asked about the transfer. She said that she have also showed record of her tax returns in UK from 2016 to date. Justice Umar Atta Bandial, the presiding judge, remarked that she seems to have the record of her properties. We, however, can’t review the merit, he added. The hearing of the case was adjourned till 9:30 am on Friday June 19.