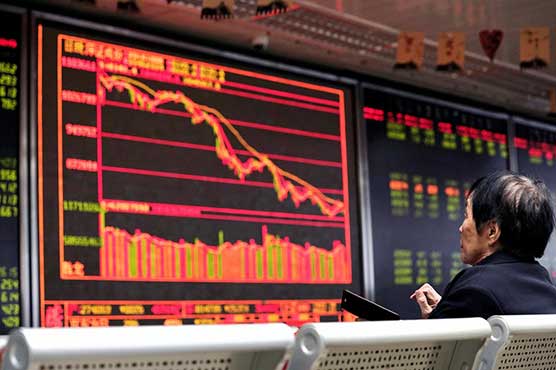 Asian markets drop into the red as traders take step back

HONG KONG (AFP) – Markets slipped Thursday as investors took a breather after a broad two-day rally, while concerns about a new wave of virus infections continued to play off against massive monetary easing and stimulus measures.

The financial support, along with the easing of lockdown restrictions, opening-up of economies and positive data have provided support to equities across the planet in recent months.

But there is growing sense that traders may have got ahead of themselves and observers warn markets could be in line for a pull-back unless there is a major event to move higher, such as the development of a vaccine.

Tokyo and Hong Kong were down one percent, while Sydney lost 1.6 percent after data showed a massive jump in Australian job losses.

Wellington was also down more than one percent after news the New Zealand economy suffered its worst contraction for almost three decades in the first quarter.

“The market is searching for a new catalyst,” said Sameer Samana, senior global market strategist at Wells Fargo Investment Institute. “The narrative around policy stimulus and better economic data seems to be losing its sway.”

Analysts suggested there may also be some trepidation on trading floors about possible Democratic victories in November s US presidential and congressional elections, with Donald Trump s rival Joe Biden considered less likely to push such things as deregulation and tax cuts.

Trump s chances were dealt another blow by the release of excerpts from a book by former national security advisor John Bolton, which says the president pleaded with China s leader Xi Jinping for help to win re-election in 2020.

“Either way, markets have started to assign probabilities of a Democratic clean sweep and what policies would likely emanate if they control three arms of government.”

There is also a lot of fear among investors that while countries are slowly reopening their economies — with flights resuming, bars, cafes and restaurants serving people and professional football coming back — new infections continue to surge in some places and are flaring up again in others.

Eyes are on Beijing, which has imposed new lockdowns, reclosed schools and banned flights again after the emergence of new clusters linked to markets, while there have also been massive spikes in Texas and Florida.

Meanwhile, tensions between the two Koreas were back in the spotlight, while dealers were also tracking India-China relations following a deadly skirmish on their Himalayan border this week.