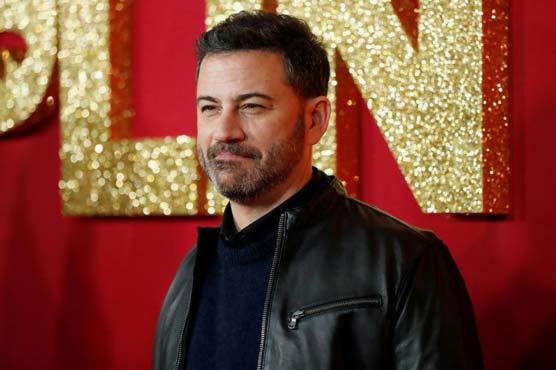 Emmy Awards to go ahead, host Jimmy Kimmel says still figuring out how

LOS ANGELES (Reuters) – The Primetime Emmy Awards for television, one of the biggest events on the showbusiness calendar, are going ahead in September as planned with Jimmy Kimmel as host, broadcaster ABC said on Tuesday.

ABC, part of Walt Disney Co, gave no details for how the Sept. 20 show, which hands out the highest honors in television, would be produced in an era when the coronavirus pandemic has forced the cancellation of multiple live events.

The Emmy Awards are usually held live in Los Angeles in front of an audience of A-list stars and preceded by a red carpet. It had been unclear whether the ceremony would go ahead this year because of restrictions on large gatherings and social distancing requirements.

Tuesday’s statement said details of how the show will be produced would be announced soon. Scenarios under consideration include a completely virtual event or a combination of in-person elements, pre-recorded segments and online appearances, according to Hollywood trade publication Variety.

The coronavirus epidemic shut down production of television shows and movies around the world in mid-March and led to the cancellation of film festivals and live concerts.

Los Angeles county health officials last week gave the green light for production of film and television series to resume under strict guidelines to contain the spread of coronavirus among cast and crews on crowded sets.

Kimmel is the host of ABA’s “Jimmy Kimmel Live!” late night talk show and has hosted the Emmy Awards twice in the past.

Nominations for the Emmy Awards will be announced on July 28.

Filmmakers urge EU to stand up to streaming giants