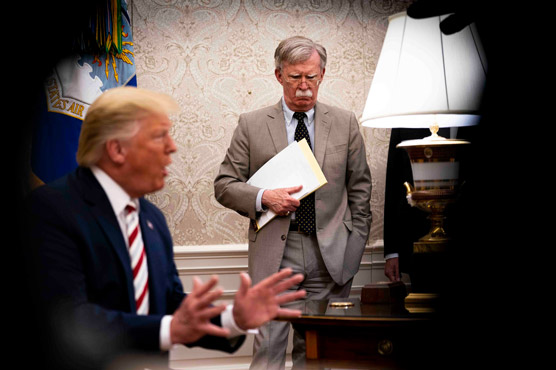 ISLAMABAD (City News) – The wife of Justice Qazi Faez Isa on Thursday recorded her statement via video-link before Supreme Court of Pakistan and presented record of her properties. Justice Faez’s wife, during her statement before Supreme Court, said that she bought her first property in London in 2004 and her passport was accepted for the purchase of property in United Kingdom. She told the court that her agricultural land, which she inherited from her father and does not belong to the husband, is in district Jacobabad, She added that authorities know about her land as government issued her a tax certificate after submission of statement of assets. Justice Faez’s wife further said that her tax record was transferred from Karachi to Islamabad and Federal Board of Revenue (FBR) failed to provide any answer when asked about the transfer. She said that she have also showed record of her tax returns in UK from 2016 to date. Justice Umar Atta Bandial, the presiding judge, remarked that she seems to have the record of her properties. We, however, can’t review the merit, he added. The hearing of the case was adjourned till 9:30 am on Friday June 19.

WASHINGTON (AFP) – Donald Trump’s presidency was in turmoil Thursday after top ex-aide John Bolton declared him unfit for office, raising the stakes on a controversial re-election rally meant to boost his flailing campaign — yet facing troubles of its own.

Trump’s once supremely self-confident march toward a second term was already in a hole due to criticism over his responses to the coronavirus pandemic and nationwide anti-racism protests.

Now, the outsider president who had never even contested an election before his shock win in 2016, faces a blistering insider attack from his former national security aide.

“I don’t think he’s fit for office. I don’t think he has the competence to carry out the job,” Bolton told ABC News to promote his book, “The Room Where it Happened.”

The book — which the White House is trying desperately to get stopped by court order — alleges that Trump asked Chinese President Xi Jinping for re-election help, obstructed justice, and was no match for Russian President Vladimir Putin.

“Putin thinks he can play him like a fiddle,” Bolton told ABC.

Trump lashed back at Bolton, calling him a “sick puppy” and dismissing the book as “fiction.”

But for all the scandals and even impeachment that Trump has previously weathered, the book inflicts a newly painful kind of wound.

He largely brushed off his responsibility for the rapid spread of the coronavirus, which has killed more than 117,000 Americans and forced a traumatic economic slowdown, calling it “the invisible enemy” and blaming it on China.

And he branded the wave of street anger over police brutality a left-wing phenomenon, rejecting polls that show a groundswell in those believing that systemic racism is a problem.

Bolton, though, is different.

A lifelong Republican and foreign policy hawk, he is arguably well to the right of Trump and therefore not vulnerable to Trump’s usual attacks.

On Saturday, Trump will fly to Tulsa, Oklahoma, to hold his first campaign rally since the coronavirus halted travel and big gatherings in March.

With his TV show background and natural populist flair, Trump is far happier in front of cheering crowds than in the formal settings of the White House.

Trump is “very excited to get back on the road,” his advisor Kellyanne Conway told reporters Wednesday.

So he’ll be hoping that the razzmatazz and the energy of the 20,000 strong crowd will jumpstart his re-election, which polls show him currently losing heavily to Democrat Joe Biden. Even as Americans only slowly ease out of lockdown, several other rallies are already being planned.

But Trump’s also going to have to hope that he doesn’t go down in history as the president who put political rallies ahead of people’s lives.

Tulsa is seeing a local spike in coronavirus cases and the city’s main newspaper, the state health chief and many others have warned that the huge crowd in an enclosed space could become a viral incubator.

A lawsuit filed in a Tulsa court to try and stop the rally called it a virus “superspreader.”

The Trump campaign says it will take temperatures and distribute masks. Tellingly, though, it is also requiring anyone attending to sign a waiver, making them unable to hold the organizers responsible for getting sick.

His Tulsa rally suffered a setback when it was scheduled originally for this Friday, which is the June 19th or “Juneteenth” anniversary of the end of slavery in the United States.

Amid soaring racial tensions and anger from civil rights groups at his handling of the police violence protests, that struck the wrong tone and Trump was forced to shift to Saturday.