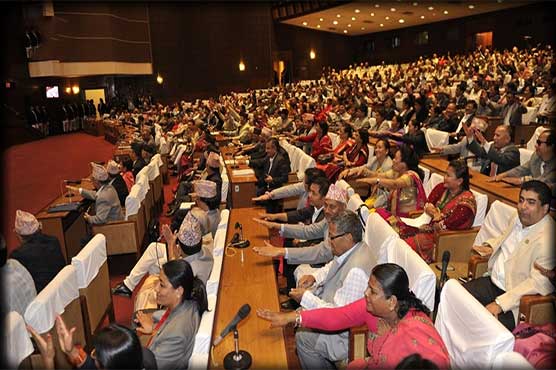 KATHMANDU (Reuters/Web Desk) – The upper house of Nepal’s parliament approved a new map for the country on Thursday including land controlled by India, in a row that has strained ties between the South Asian neighbours.

India, which controls the region – a slice of land including Limpiyadhura, Lipulkeh and Kalapani areas in the northwest – has rejected the map saying it was not based on historical facts or evidence.

Some 57 members in the 59-seat National Assembly, or the upper house of the country’s parliament, voted in favour of a constitutional amendment bill seeking to replace the old map, chairman of the house Ganesh Prasad Timilsina said.

“We have enough facts and evidence and we’ll sit (with India) to resolve the dispute through diplomatic negotiations,” law minister Shiva Maya Tumbahamphe told parliament.

The row over the map began last month after India inaugurated an 80-km (50-mile) road from the northern state of Uttarakhand to Lipulekh on the border with the Tibet region of China, about 19 km of which passes through the area Nepal owns.

Nepal says the land belongs to it as a river in the region formed its western border with India under an 1816 treaty with the British East India Company.