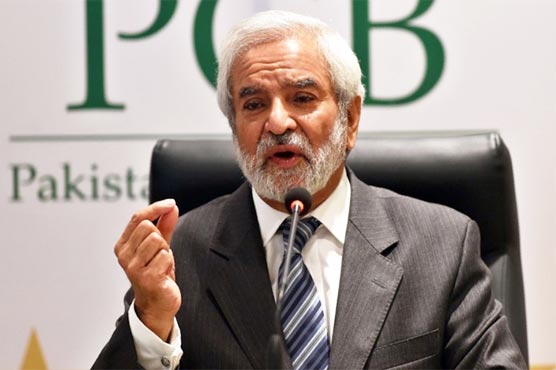 LAHORE (APP) – Pakistan Cricket Board (PCB) Chairman Ehsan Mani is of the view that during the current year no International Cricket Council event can take place due to ongoing situation of coronavirus pandemic all over the world.

There are chances that next year when situation becomes conducive ICC will take place, he said this while addressing an online video conference here.

“Although New Zealand and Australia have almost controlled Covid19 yet their cricket boards are very careful and they are not ready take any risk in this regard. So seeing all this, one can easily say that there is hardly any chance of any ICC event to be conducted this year. Only next year, we can expect any ICC event.”

“The main danger of holding the ICC event this year is that if any player gets affected by the Coronavirus, it will create a lot of difficulties for the organizers. For such a big decision, the ICC hopefully will take all the stakeholders in confidence first and then decide about the fate of the mega event (World Cup). In next three to four weeks, the ICC can take final decision on it. If the World Cup doesn’t take place, it won’t bring a big loss to the PCB.”

The PCB chairman said that he is not interested in taking over the slot of ICC President. “Last time, when I left the ICC presidentship, I had decided to quit cricket completely but on the request of Prime Minister Imran Khan, I returned to Pakistan cricket again. Some of the ICC members are trying to convince me to join the ICC again, but this is not on my agenda. I just want to serve Pakistan cricket in the befitting manner.”

“I keep on meeting the PM, as he very openly talks about cricket and the board. I told the Prime Minister Imran Khan in my very first meeting as PCB chief that there is a dire need to make laws against match fixing so that corrupt elements must be dealt with a iron hand and sent behind the bars. To eliminate corruption from cricket, the PCB has already sent the draft to the government and hopefully that it will be duly approved to eliminate the fixing from cricket.”

“It is true that departmental cricket plays very significant role in Pakistan cricket but it’s not a durable model and no big cricket-playing nation has such a model in their domestic cricket. When the PCB took some bold decision for bringing betterment in Pakistan cricket, those, who were misusing their powers, they brought their cases to the courts. They are speaking against the PCB just to enjoy their vested interests.”

The PCB Chief said that if the situation doesn’t improve till December, the PCB has to take some very important decisions in this regard. “The decision of playing remaining matches of the Pakistan Super League will be taken in December seeing the situation of the country. If it doesn’t improve till December, then we will sit and ponder over how to conduct the remaining matches of the PSL-5.”

The PCB chairman said that the purpose of Asia Cup is to collect capital for the Asian countries. “If Asia Cup doesn’t take place, it will be a great loss for Nepal, Qatar and Bahrain. In South Asia, Sri Lanka has much better situation to host cricket events. They (Sri Lanka) are hopeful of resuming cricket activities in September this year after getting rid of Coronoavirus pandemic. Pakistan has decided to host its events in Sri Lanka in order to bring betterment in Asia cricket.”