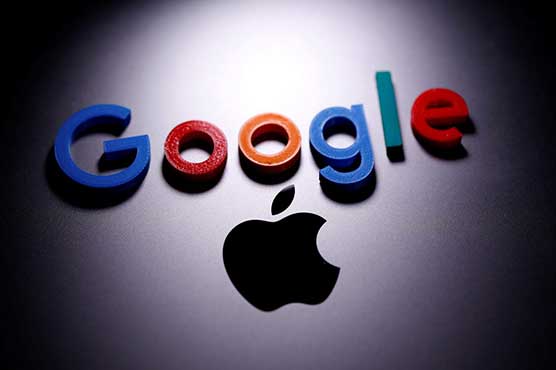 LONDON (AFP) – Britain said Thursday it will use technology developed by Apple and Google for its troubled coronavirus tracing app, completing an embarrassing U-turn after weeks of delay.

Prime Minister Boris Johnson’s government was due to start unrolling its own app at the start of the month, but those plans were shelved after an initial testing phase revealed major problems.

“We have agreed to join forces with Google and Apple to bring the best bits of both systems,” Health Secretary Matt Hancock said.

He said the UK technology worked well on Google’s Android system but not the one operated by Apple, meaning that distances between people were not always being recorded well enough.

“Coming together in this way will bring together some of the best minds to find a solution to this global challenge and help to save lives,” Hancock said.

Johnson, whose government has faced sharp criticism over its response to the pandemic after more than 42,000 deaths, promised to deliver a “world-beating” test and trace system.

But after trials of the app on the Isle of Wight, off England’s south coast, the tracing system went live without the tool as ministers began to downplay its significance.

The health ministry said Thursday the tests had “identified challenges”, while an official on the project told lawmakers this week it might not be ready until “the winter”.

“We are working on it,” Hancock said, when asked when the app might now be introduced.

“We are not going to put a date on it at the moment.”

Critics argue the US technology should have been embraced much earlier.

NHSX, the English health system’s digital innovation arm, pressed ahead with its own more centralised system of data collection despite warnings from experts that it would be less effective than the US firms’ alternative.

Numerous other countries have opted to use the Google-Apple technology, which is more privacy-friendly, including neighbouring Ireland, Germany and Italy.

The main opposition Labour party’s health spokesman, Jonathan Ashworth, said the announcement was “another example of where the government’s response to this crisis has been slow and badly organised”.

“I’m not remotely surprised,” he told the BBC.

“We were promised a world-beating system, we were told that this app would be vital to it, we were told everything would be ready by June and of course, it’s not.”