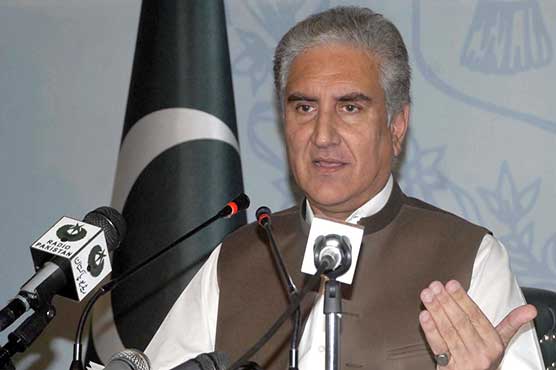 ISLAMABAD (City News) – Making a policy statement in the Senate on Friday, Foreign Minister Shah Mehmood Qureshi has said India stands diplomatically isolated and is at the verge of bankruptcy in the wake of COVID-19.

The foreign minister said India has strained its relations with all the regional countries including China and Nepal. He warned that India could resort to a false flag operation against Pakistan in the current situation.

Shah Mehmood Qureshi, however, stressed we will give a befitting and immediate response if India cast an evil eye on Pakistan. The foreign minister said the entire nation is united for the security, sovereignty and dignity of the country.

Shah Mehmood Qureshi rejected the impression that Pakistan has given a walkover to India to become a non-permanent member of the United Nations Security Council.

He said Pakistan did not abstain but voted against non-permanent membership of India for the unconstitutional steps it took in occupied Jammu and Kashmir on 5th of August last year.

The FM said these steps were in complete violation of the UN Charter and international norms. He said Pakistan is focused to expose Indian sinister designs at the world level.

Shah Mehmood Qureshi said there is a process to become the non-permanent member of the UN Security Council. He pointed out that the membership is given on rotational basis for a period of two years. He recalled that Pakistan and India both have held this seat for seven times each.

He said India had been campaigning to become non-permanent member of the Security Council since 2013. He said this will not change the stance of the United Nations on outstanding Kashmir dispute.

The foreign minister said the world body sticks to its principled stance on Kashmir and considers it a disputed territory and there are also UN Security Council’s resolutions on the lingering dispute. He said Pakistan has also started its campaign to become the non-permanent member of the UNSC in 2025-26.