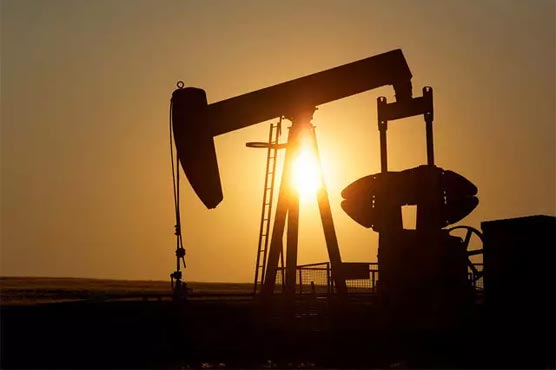 Plans by Iraq and Kazakhstan to make up for overproduction in May on their supply cut commitments supported the market. The promises came out of a meeting by a panel monitoring compliance by the Organization of Petroleum Exporting Countries and its allies, a grouping called OPEC+.

If the laggard producers do compensate over the next three months for their overproduction, that will effectively take extra barrels out of the market, even if OPEC+ does not extend its record 9.7 million barrels per day supply cut beyond July.

Near-term optimism around those make-up supply cuts easing pressure on storage helped tip Brent into ‘backwardation’ on Thursday for the first time since early March, with the August contract rising to 9 cents above September LCOc1-LCOc2 on Friday.

Fears about dwindling storage capacity had sent the market into steep contango, as wide as $5, as coronavirus lockdowns hit demand and Saudi Arabia and Russia glutted the market with crude in April.

“The supply cuts that they’ve (OPEC+) implemented and with other members like Iraq proposing to make up for the lack of adherence to the agreement in May and June does tighten up the market in the shorter term,” said ANZ senior commodity strategist Daniel Hynes.

“But it’s not a strong signal of a wholesale shift in the medium term outlook in the market.”

Comments from global oil traders Vitol and Trafigura on a rebound in oil demand in June, reported by Bloomberg, also buoyed the market, ANZ said.

On the technical side, CMC Markets chief strategist Michael McCarthy pointed to strong resistance in the WTI contract between $40 and $41. Analysts see that level as the point at which more U.S. producers will revive shut-in wells.

“That militates against aggressive long side trading,” McCarthy said.