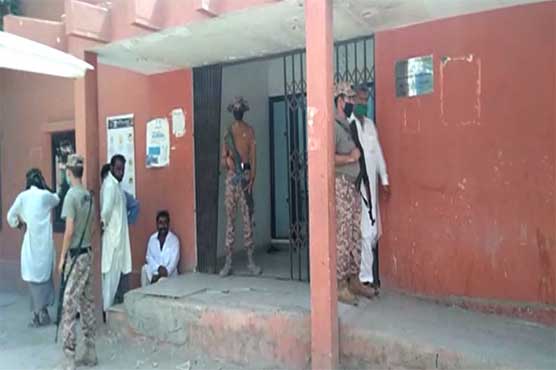 SUKKUR (City News) – A fist information report (FIR) of Ghotki blast, targeting the Rangers, has been registered at the Counter Terrorism Department (CTD) police station in Sukkur under the Anti-Terrorism Act, Dunya News reported on Saturday.

Police have said that the attack was carried out by militants riding a motorbike. Statements of Rangers personnel have also been recorded.

The attack was conducted on Friday near Ghotki railway station in which two Rangers officials and one civilian lost their lives. Several persons sustained injuries in the occurrence.

Ghotki police station SHO, Tufail Ahmad Bhutto, had told that Imtiaz and Fayyaz were the two security officials who got martyred in the incident along with a passerby, Ghulam Mustafa.