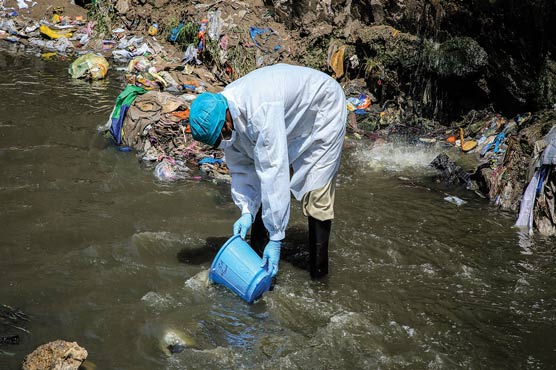 UHS to take sewage samples in Lahore to detect coronavirus

LAHORE (City News) –A pilot program will be launched between University of Health Science (UHS) and Water and Sanitation Authority (WASA) to take sewage samples in Lahore to detect coronavirus.

According to details, sewage samples from 30 areas of Lahore will be collected to test viral load. Tests conducted on the samples can show the extent of virus transmission in the neighborhood as coronavirus is also present in tears, saliva, urine and feces.

The area will be sealed if viral load is high in the sewage samples and the neighborhood will only be unsealed when viral load has reduced by more than 50%.

Vice Chancellor (VC) of University of Health Sciences has said that during current smart lockdown, rate of tests conducted was low in context to the size of population and people also have reservations over sealing of specific areas during smart lockdown.

Prof. Javed Akram further said that UHS, in collaboration with WASA is going to conduct a study on scientific basis that will end reservations of people.

He added that government of Punjab has also been informed about the scientific study.

Will not spare mafia behind sugar crisis: PM Imran