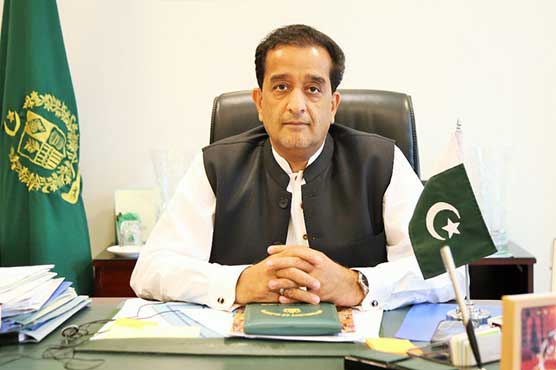 Kheri Murat to be developed as protected national park: Amin

ISLAMABAD (City News) – Adviser to the Prime Minister on Climate Change Malik Amin Aslam has said the Kheri Murat forest area would be developed as a protected national park.

The adviser said as many as seven national parks including Khari Murat would be developed across the country under 10 Billion Tree Tsunami (10BTT) programme to conserve the dwindling ecological, wildlife and biodiversity habitats who were rapidly depleting due to human activities and climate change.

He added that Green Stimulus Package was announced by the government to revive the halted plantation under 10BTT due to the COVID-19 pandemic.

The plantation was being carried out as per the standard operating procedures of wearing mask, maintaining social distance and avoid close contact with people having symptoms of coronavirus.

Amin said the initiative would help encourage eco-tourism and nature conservation and would be like killing two birds with one stone.

Amin Aslam said, “After the national park is established in Kheri Murat Forest area then any sort of hunting, shooting and poaching of wild species of this park will be declared illegal and to be considered as a punishable act with heavy penalties. This will be enforced within three miles radius of its boundaries.”

This area, he said would be protected to revive wildlife in its natural habitat and conserve the rich biodiversity of this unique ecosystem in the Kala Chitta Mountain range.

Amin mentioned that it was just 50 miles from Islamabad and lying on both sides of the motorway, Kheri Murat National Park would provide excellent recreational activities to enjoy hiking and interaction with nature through ecotourism while providing employment to local communities.

Thunderstorm, rain and strong winds expected in parts of Kashmir