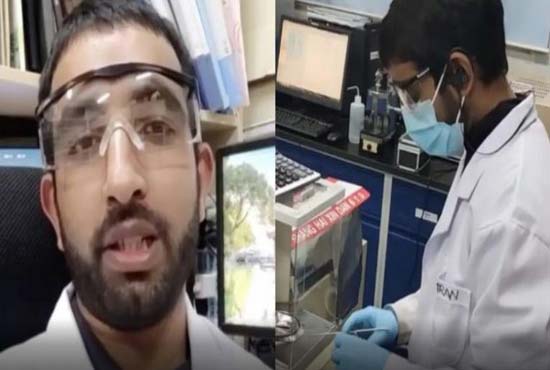 Pakistani student creates battery that can be charged under two minutes

BEIJING (Web Desk) – Ph.D. student belonging to Pakistan has created a battery that can be charged up to 70 percent in just 2 minutes time period. Kamran Ameen a student at National Centre for Nanoscience and Technology Beijing belongs to Bagh Azad Kashmir Pakistan.

Moreover, the research project of Kamran was basically about energy storage material and devices. He however preferred working upon the Lithium-ion batteries. Throughout his project, he created materials that could store energy. According to Kamran, the batteries will work on its full potential for as long as 8 years.

Kamran said “The research project of my Ph.D. is regarding lithium-ion batteries. I am sure by now all of us know about the Lithium-ion battery because mobile phones are very common these days. Everyone is stressed regarding the battery timing of mobile phones. I have seen people in a constant hurry when it comes to charging the phones. So after doing rigorous lab testings, we have concluded that if you charge-up your phone once in 24 hours mostly it happens that people only charge their phone once or twice in a day. The battery I have created will be in working for 8 years. The charging potential of the phone will remain the same just like it was on the first day.”

His project was funded by a renowned mobile and laptop manufacturing company called Lenovo. The battery is in the final stages and very soon his created battery will be available in the market. Kamran is adamant that the battery will revolutionize the world of smartphones.