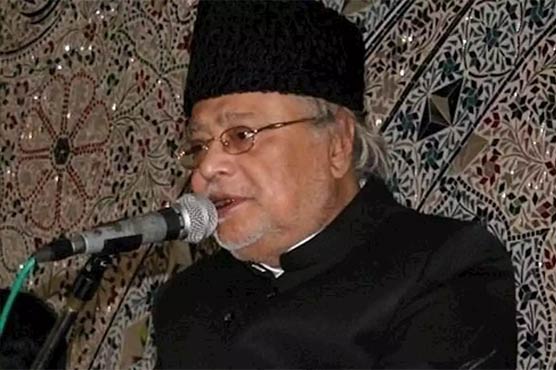 His funeral prayer was offered at Amroha Ground which was attended by people from all walks of life.

Allama Talib had been under treatment in the intensive care ward of a Karachi hospital for heart problems.

He had long held an esteemed position in the community of Pakistani scholars.

A master orator, he was also a prolific writer. He wrote several books, including a detailed commentary on the Quran. He was also a poet, and three compilations of his poetry were published during his lifetime.