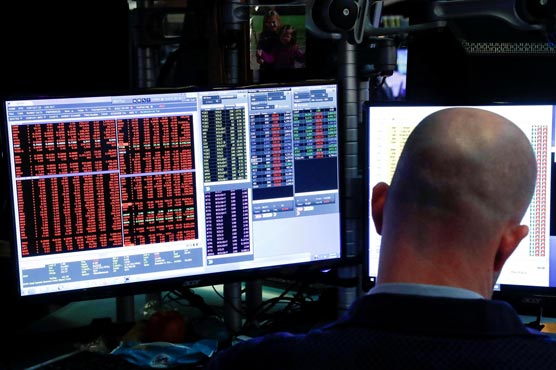 LONDON (Reuters) – The mammoth bond market has long been the old-school bastion of the financial world, but the COVID-19 pandemic has cast a light on its future – and it looks electronic. Well, mainly.

At the height of the market panic in March, Seattle-based Brandon Rasmussen, a senior fixed-income trader at $300 billion (£242 billion) asset manager Russell Investments, had a client order to sell $2.5 billion worth of U.S. Treasuries.

He found, though, that such a transaction was near-impossible in a highly volatile market that made no exceptions for even one of the world’s most sought-after assets.

Dealers refused to quote prices by phone, adding to the stress of executing a large order without distorting the market.

The solution Rasmussen eventually settled on was to break the order up into smaller chunks and process them electronically – something he may not have considered a few weeks earlier.

His experience illustrates how the volatility caused by the crisis, along with a new remote mindset of working from home, has pushed more traders to go digital in a market that has historically lagged stocks and forex in electronification.

That trend is reflected in the business on electronic bond-trading platforms.

For example MarketAxess (MKTX.O), one of the biggest players, enjoyed record trading volumes in March. At rival Tradeweb, average daily turnover hit a record aggregate $1 trillion in that month, a more than 41% year-on-year increase.

Yet traders stress that dealers and clients speaking to one another will long remain a key component of the industry, especially at times of heightened volatility.

Even as Rasmussen went electronic to push through his trade, for example, he was also talking to buyers to agree “switches” – swapping one type of U.S. bond for another to share risk.

The jump in electronic trading activity coincided with both a rush into government bonds as the coronavirus sparked demand for safe-haven assets, and then a sharp selloff as investors sold their most liquid assets to make up for losses elsewhere.