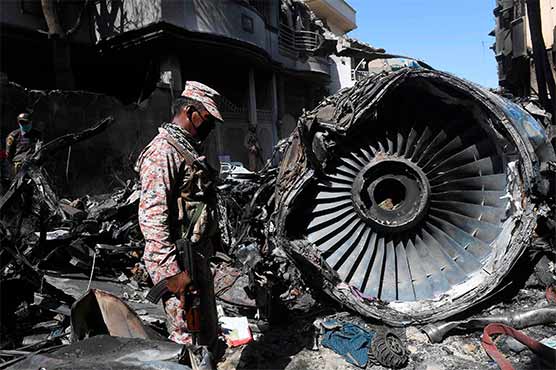 According to details, a high-level meeting was held in the Aviation Division under the chair of Federal Minister for Aviation Ghulam Sarwar during which the preliminary investigation report of the Karachi plane crash was presented by Air Commodore Usman Ghani.

The preliminary investigation report has blamed the captain of the plane and the Air Traffic Controller (ATC) for the crash, while PIA and the Civil Aviation Authority (CAA) are also held responsible because of their inaccuracies in preventing such accidents. The report also did not rule out any technical problems in the aircraft as work is underway to inspect the equipment and systems of the crashed aircraft.

It is pertinent to mention here that all but two of the 99 people on board a Pakistan International Airline (PIA) passenger plane were killed when it crashed into a residential neighborhood of Karachi.

The PIA plane had made multiple approaches to land at Karachi airport when it came down among houses.

The national carrier’s flight PK-8303 took off from Lahore Allama Iqbal International Airport and crashed in Model Colony area in Malir, approximately 4 kilometers away from the airport.

The plane came to rest about 2:39pm in a narrow alley in the poor and congested residential area known as Model Colony between houses smashed by its wings.