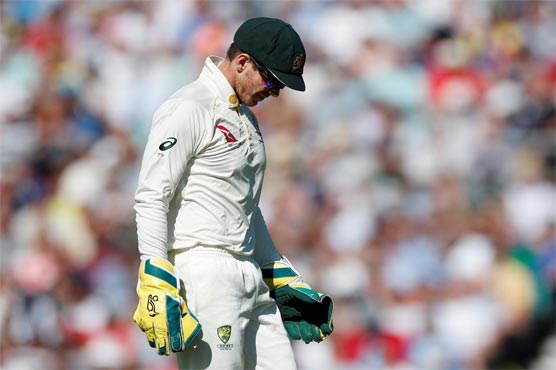 MELBOURNE (Reuters) – Australia captain Tim Paine has been disappointed to see support staff lose their jobs as part of cost-cutting measures during the coronavirus crisis but says there is opportunity in the challenges brought on by the pandemic.

Australia lost batting coach Graeme Hick and physiotherapist Kevin Sims among 40 redundancies announced by Cricket Australia last week as the board looks to shore up its finances.

Paine said players in all teams would have to become more self-reliant as cricket cuts its cloth but Australia were determined to adapt first ahead of a blockbuster series against India in the home summer.

“We spoke briefly on it on a Zoom call last week or about two weeks ago and just said it’s a great opportunity that things are going to change,” Paine told reporters in a video call on Tuesday.

“Players are going to have to become more reliant on each other and on themselves and finding ways to get things done without the huge numbers of support that we’ve been really lucky to have over the last number of years.

“It’s disappointing, certainly, from an aspect where people are losing their jobs.

“We don’t want to see that and we’ve lost some really good people throughout this period but the flip side of that is the great opportunity to be able to adapt quicker than anyone else.”

Having recorded about 7,500 infections and 102 deaths, Australia has been relatively successful at containing COVID-19 and winter sports have begun to welcome crowds back to stadiums.

However, a fresh outbreak in Melbourne over the past week has provided something of a reality check while raising questions about whether the India tests should be moved to venues in states that are safe to host large crowds.

“We’re spoilt for choice here in Australia with some world class stadiums so if something had to change … we’ve got plenty of options.”

Fit-again Archer hopes to play all three tests against Windies