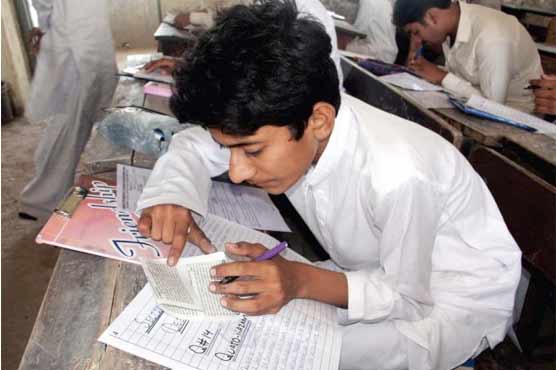 LAHORE (City News) – The Cabinet Committee on coronavirus has allowed the resumption of 10th grade paper marking. The marking process will resume in one to two days.

The Higher Education Department (HED) has also confirmed the committee’s decision. According to sources, the committee has formally approved the marking process and HED will soon issue a notification in this regard.

Upon receipt of the notification, all education boards will start the marking process. More than a million students had appeared in the matriculation exams out of which 275,000 were from Lahore. 27 marking centers have been set up in the city.

Chairman Lahore Board Riaz Hashmi had said that they will start marking papers as soon as permission is granted and the process will be completed within 90 days.

Yesterday, provincial minister Raja Yasir Humayun had said that the results of the 10th would be announced in September. The promotion policy for ninth, eleventh and twelfth grade students will be announced later.