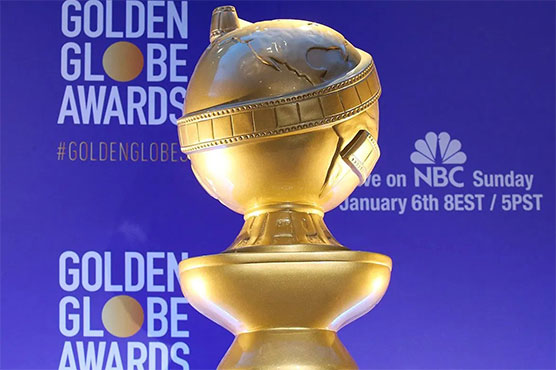 LOS ANGELES (AFP) – Next year s Golden Globes will take place on February 28, an unusually late date for the glitzy film and television award show as Hollywood scrambles to adjust to the coronavirus pandemic.

The Globes, which are typically held in early January, will now take the weekend previously reserved for the Oscars, which last week were delayed by eight weeks to April 25.

“The HFPA will provide further guidance around eligibility, voting period, and revised nominations announcement timing in the coming weeks,” said the Hollywood Foreign Press Association in a statement Monday.

The Globes are the first major Hollywood awards gala of the year, and are seen as an early bellwether for the all-important Academy Awards.

Monday s statement did not specifically mention the pandemic. But coronavirus has wreaked havoc on Hollywood, closing down productions and forcing studios to delay releasing movies while theaters remain closed.

The Oscars postponement had already triggered a domino effect, as other award shows including the Baftas and the Film Independent Spirit Awards pushed back their own ceremonies.

The delays have been prompted by concerns that a field consisting only of films released in 2020 would not be as broad or competitive as in previous years.

After more than three months of coronavirus-mandated limbo, the first Hollywood-wide releases are headed back to the big screen in July — including Disney s “Mulan,” and Christopher Nolan s “Tenet.”

But while top US theater chains plan to reopen next month, screens in badly-hit key markets including New York and Los Angeles don t yet have permission to reopen, and fears of a possible “second wave” of virus cases are mounting.

The postponements also increase the chance that next year s award shows can remain live, star-studded ceremonies, rather than shifting to a “virtual” presentations.

The HFPA did not provide details of the planned format for next year s Globes, but said that as usual it will “air live” from the Beverly Hilton hotel in California.

The 78th Golden Globes will be hosted by Tina Fey and Amy Poehler, after provocative British comic Ricky Gervais returned this year for a record fifth — and reportedly final — stint.

The Globes have yet to confirm any changes to the awards eligibility window.

In an exceptional move, the Academy Awards last week extended the cut-off date for Oscar-eligible films by two months, to the end of February.

But the HFPA was the first major show to loosen its rules for this year due to the pandemic.

It announced in March that films that had planned “a bona fide theatrical release,” but were forced to release only on streaming because of the coronavirus, will be permitted at the Globes.

In regular years, most award shows require movies must be shown in Los Angeles theaters for a minimum period to be considered.

And while previously studios had to invite HFPA voters to private screening events, online links or DVDs will be permitted during the pandemic lockdown.