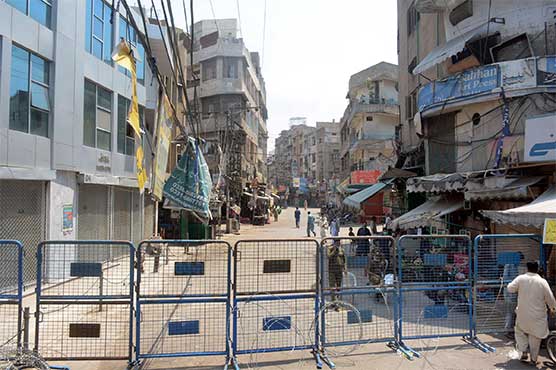 It has been decided to strictly implement standard operating procedures (SOPs) to counter novel coronavirus. Jawad Rafique Malik stressed that action will be taken against the violators.

According to details, 96,229 houses and 1.69 million population will be put under lockdown in all blocks of Gulberg (I, II, III), Defence Housing Authority (DHA), Faisal Town, Garden Town and interior Lahore Walled City.

The commissioner office told that 3,613 covid-19 cases have been reported in these localities. Section 144 has also been imposed to force the residents to follow SOPs.

Akbari Mandi, Shah Alam Market and grocery stores will remain open while all the shopping malls will be closed.