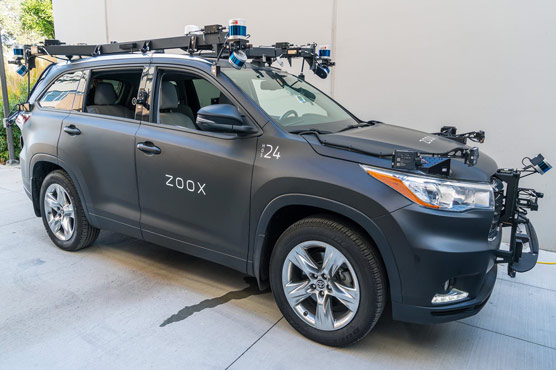 WASHINGTON (AFP) – Amazon said Friday it was buying the self-driving car tech startup Zoox, in an effort to rev up the drive for autonomous ride-hailing and compete against rivals like former Google car unit Waymo.

Terms of the deal were not disclosed, but a report in The Information said Amazon was paying more than $1 billion for the California startup developing autonomous technology.

“Like Amazon, Zoox is passionate about innovation and about its customers, and we’re excited to help the talented Zoox team to bring their vision to reality in the years ahead.”

The companies said Zoox CEO Aicha Evans and chief technology officer Jesse Levinson would keep their roles at Zoox “as a standalone business as they innovate and drive towards their mission.”

“This acquisition solidifies Zoox’s impact on the autonomous driving industry,” said Aicha Evans, CEO of Zoox. “We have made great strides with our purpose-built approach to safe, autonomous mobility, and our exceptionally talented team working every day to realize that vision. We now have an even greater opportunity to realize a fully autonomous future.”

Sonakshi Sinha, others quit social media due to its growing toxicity