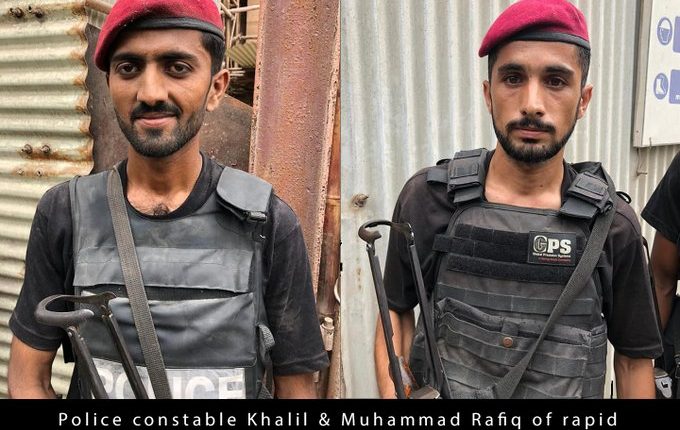 KARACHI (Web Desk) – Constable Muhammad Rafiq and Constable Khalil of Rapid Response Force (RRF) of Sindh police are being hailed as heroes on social media for their pivotal role in taking down the terrorists.

One of the constable, while talking to media explained how he took down the terrorist. According to the RRF personnel, he shot the terrorist twice and injured him. Later he took a headshot of the assailant after he tried throw a hand grenade at him. 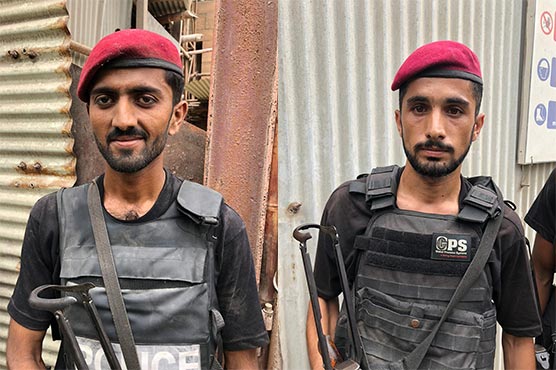