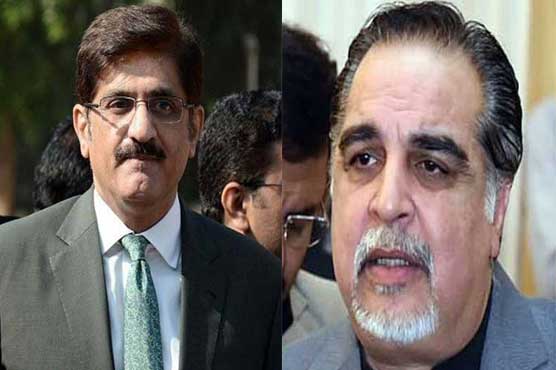 Imran Ismail telephoned Sindh IG to inquire about the attack. It is police’s duty to provide security to the PSX and attack on it is synonymous with attacking Pakistan’s economy, he said.

The governor tweeted, “Strongly condemn the attack on PSX aimed at tarnishing our relentless war on terror. Have instructed the IG & security agencies to ensure that the perpetrators are caught alive & their handlers are accorded exemplary punishments. We shall protect Sindh at all costs.”

Syed Murad Ali Shah praised the swift action taken by police and Rangers while directing them to stay alert. It was an attack on the country’s sovereignty and economy, he said.

The CM further added that anti-state elements want to take benefit during the COVID-19 situation by harming Pakistan. He summoned detailed inquiry report of the occurrence.

Let it be known that the security forces foiled the attack at the PSX in Karachi earlier today and killed all four terrorists. One policeman and two security guards embraced martyrdom in the incident.

Receiving information about the mishap, contingents of Rangers and police arrived at the scene and killed all four terrorists in retaliation. Huge cache of weapons and hand grenades has been recovered from their possession.

PM should better quarantine himself instead of destroying country: Bilawal