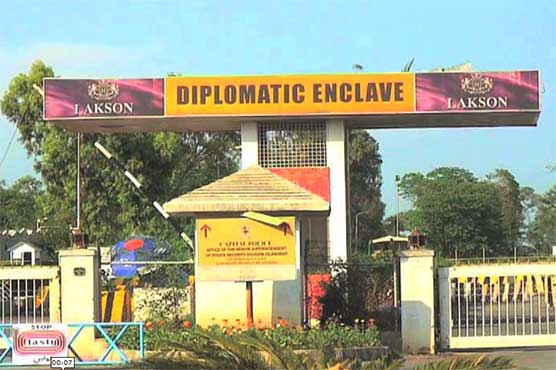 LAHORE (City News) – 38 staff members of Indian High Commission including six diplomats and their families on Tuesday left for India via Wagah-Attari Border.

According to sources, 100 Pakistani nationals including families of diplomatic staff will return to Pakistan via Wagah Border.

It is pertinent to mention here that amid the ongoing diplomatic tussle with Pakistan the Indian government asked Pakistan High Commission in New Delhi to cut staff by 50 percent.

Tensions between the two countries began back on May 31, when two officials of the Pakistan High Commission in New Delhi were ordered to leave the country within 24 hours after being declared “persona non grata”.

The incident took place as senior diplomats were heading home from the office. Syed Haider Shah’s car was stopped and Indian officials misbehaved with the Pakistani Diplomat. Pakistan has strongly protested against the incident, saying the Indian move is a clear violation of the Vienna Convention on Diplomatic Relations.