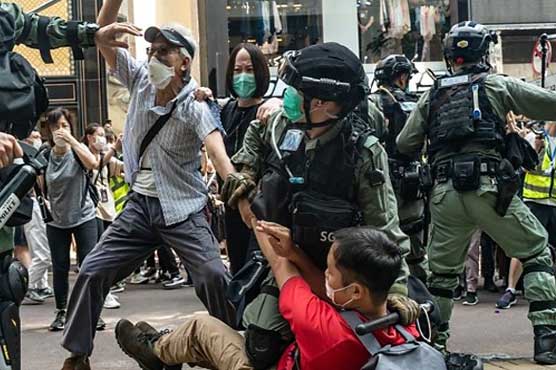 HONG KONG (AFP) – Hong Kong police said they had arrested at least 180 people Wednesday — including seven under a new national security law — as thousands of protesters defied a ban to rally on the anniversary of the city’s handover to China.

They were arrested “for participating in unauthorised assemblies, disorderly conduct, possession of offensive weapon and other related offences”, the force wrote on its verified Twitter account, “including 7 for suspectedly violating #NationalSecurityLaw”.