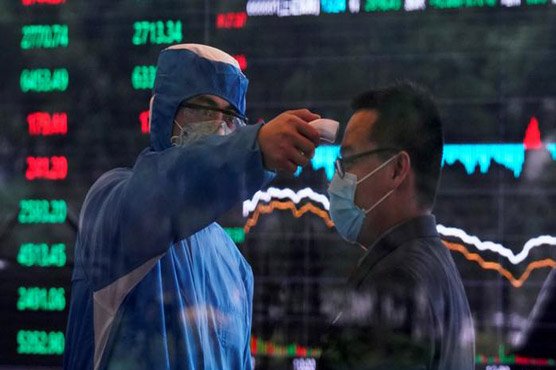 Most Asian markets up on economy hopes despite virus fears

HONG KONG (AFP) – Markets mostly rose in Asia on Wednesday as investors looked past spiking virus infections and warnings of a US surge in the disease, with eyes on the economic recovery as countries press ahead with the easing of lockdowns.

Traders took their lead from another rally on Wall Street, which was lifted by a forecast-beating jump in US consumer confidence, while eyes were also on the release later this week of key jobs data out of Washington.

And while equities are considered unlikely to kick on unless a major breakthrough in a vaccine is made, analysts said the trillions of dollars in government and central bank support continues to provide support.

In the United States, Donald Trump’s top virus expert warned Congress that new daily cases could more than double unless officials step up efforts to control the pandemic.

“Clearly we are not in total control right now,” Anthony Fauci said. “I would not be surprised if it goes up to 100,000 a day if this does not turn around.”

He warned that a jump in infections in Texas and Florida are driving the daily national total to more than 40,000, and they need to be tamped down quickly to avoid dangerous surges elsewhere in the country, adding that the final death toll could be “very disturbing”.

His comments come as some states reimpose measures only recently lifted, while reports of new clusters in several countries including Australia, Germany and Japan fuel worries of a second wave.

Still, there was a feeling that a return to widespread lockdowns seen earlier in the year was unlikely.

“The next couple of weeks may tell us much about how the rest of the pandemic develops as the renewed wave of the virus in some US states is starting to weigh on economic activity,” said AxiCorp’s Stephen Innes.

“But the restoring lockdowns so far are mostly concentrated on the service sector of the southern and western states. It certainty prolongs the rebound of the service sector, but the impact is much less than the first lockdown in March.”

Six Pakistan cricketers to depart for Manchester on Friday